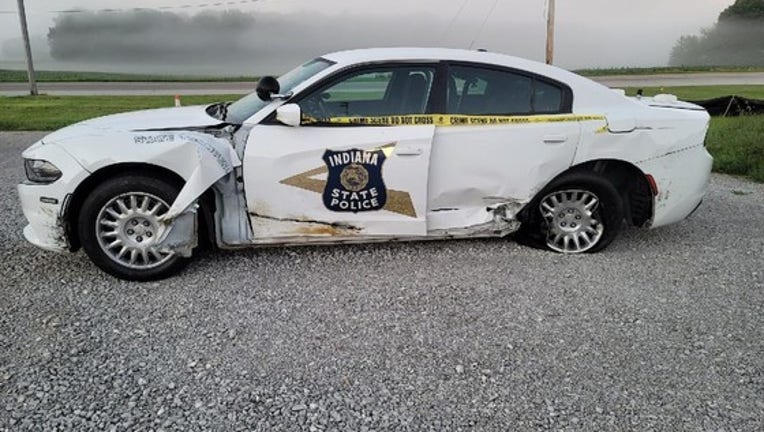 GARY, Ind. - Two Indiana State Troopers, who were conducting a traffic stop on Interstate 80, were struck by a driver who was allegedly intoxicated Saturday morning.

At about 12:52 a.m., the two troopers were conducting a traffic stop on the westbound side of I-80 near the 8.0 mile marker, authorities said.

The troopers were inside their vehicle with the emergency lights activated when they were struck by a silver 2013 Subaru Legacy.

Both troopers were taken to the hospital for evaluation and released, authorities said.

The driver of the Subaru, 27-year-old Kyle Dickson of Hobart, was not injured in the crash.

Dickson was transported to the Lake County Jail.

He was incarcerated with a preliminary charge of operating a vehicle while intoxicated while endangering a person, authorities said.

The vehicle that was stopped by the two troopers prior to the crash was not hit, and no other injuries were reported.