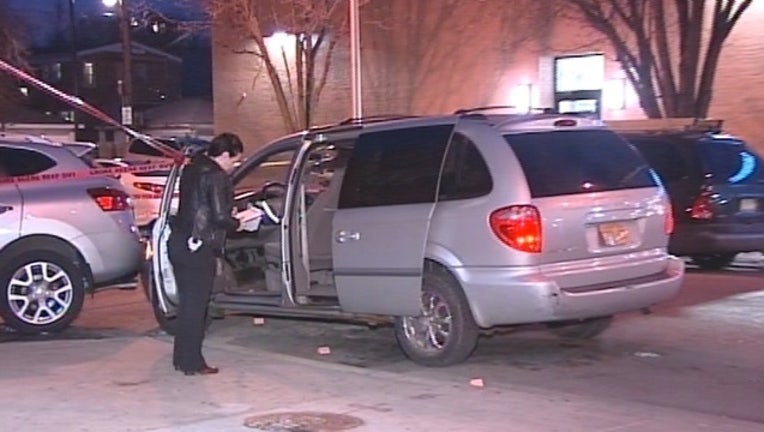 CHICAGO (Sun-Times Media Wire) -  Two people were killed and at least 25 others were wounded in shootings across Chicago between Friday afternoon and Monday morning.

The most recent fatal shooting happened Sunday afternoon in the Albany Park neighborhood on the Northwest Side.

A gunman wearing a baseball hat and a dark jacket shot a 23-year-old man in the abdomen in the 4800 block of North Albany about 2:45 p.m. The suspect took off on a bicycle after the shooting, according to Chicago Police.

The weekend’s first shooting, another homicide, happened about 6 p.m. Friday in the Belmont Gardens neighborhood on the Northwest Side.

A 24-year-old woman was sitting in a car parked in the 2700 block of North Kilbourn when another car pulled up and someone got out and shot her in the chest, police said.

She was taken to Masonic Medical Center, where she was pronounced dead, police said.

Most recently, a woman was shot early Monday in the Humboldt Park neighborhood on the West Side. The 20-year-old was shot in the chest about 5:15 a.m. in the 800 block of North Kostner, according to preliminary information from police. She was taken to Mount Sinai Hospital, but her condition was not known. Additional details were not immediately available.

About two hours earlier in a separate Humboldt Park incident, a 29-year-old man was shot. He was riding in the backseat of an SUV going south in the 1200 block of North Homan just after 3 a.m. when a black car pulled up and someone inside fired shots, police said. The man suffered a graze wound to his back and was taken in the SUV to Norwegian American Hospital, where his condition was stabilized.

About 2:45 a.m., a 17-year-old girl was wounded in a Rogers Park neighborhood shooting on the North Side. She suffered a gunshot wound to the lower back in the 7100 block of North Clark, police said. The girl was taken to Presence Saint Francis Hospital in Evanston, where her condition was stabilized. The shooting may have been a drive-by attack, but additional details were not immediately available.

Sunday night, a man was shot during a robbery in the West Side Austin neighborhood. The 25-year-old was standing in an alley in the 200 block of South Cicero about 11 p.m. when an armed male got out of a dark-colored minivan nearby and announced a robbery, police said. It was not immediately known what was stolen. The man ran away and, as he was running, the robber opened fire and the man suffered a graze wound to the wrist, police said. He was taken to West Suburban Medical Center in Oak Park, where his condition was stabilized.

At least 20 other people were wounded in shootings across Chicago between 6 p.m. Friday and 6 a.m. Monday.

Additionally, Area South detectives were questioning a person of interest early Monday after an off-duty Chicago Police officer was shot in the leg in the Washington Height neighborhood on the Far South Side, police said. He was taken in fair-to-serious condition to Advocate Christ Medical Center in Oak Lawn.

Saturday night, an off-duty Chicago Police officer shot a man who hit him with a bat Saturday night in the Belmont Cragin neighborhood on the Northwest Side, police said. The officer was taken to Northwestern Memorial Hospital with an injury to his arm, while the man was shot in the abdomen and taken in critical condition to Masonic Medical Center.

Also, 7-year-old Devon Lofton accidentally shot himself in the chest while playing inside his home in Englewood’s 6700 block of South Aberdeen about 4 p.m. Sunday, police said. The boy was taken to Comer Children’s Hospital, where he later died.