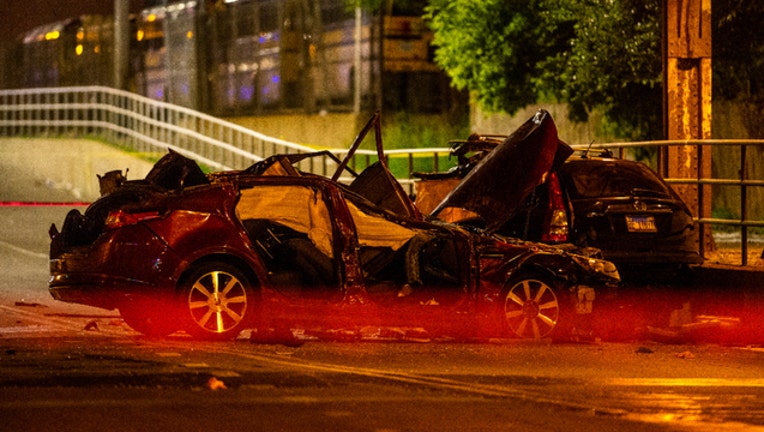 CHICAGO (Sun-Times Media Wire) - Two people were killed and several others were injured in a crash Saturday after a driver fled a traffic stop in Austin on the West Side.

Officers tried to stop a 2012 Kia sedan about 9:20 p.m. in the 4800 block of West Chicago Avenue in Austin, according to preliminary information from Chicago police. The driver fled southbound on Pulaski Road “at a high rate of speed” and hit a 2007 Honda CRV head-on.

Jaquan T. Shockley, 17, and 23-year-old Marquise Willis were in the Kia, police and the Cook County medical examiner’s office said.

Autopsies showed they both died from multiple injuries from the crash, the medical examiner’s office said.

Two women in the Honda, a 38-year-old and an 18-year-old, were taken to Mount Sinai Hospital, police said. A 16-year-old girl who was also in the Honda was taken to Stroger Hospital. All three are in serious condition.