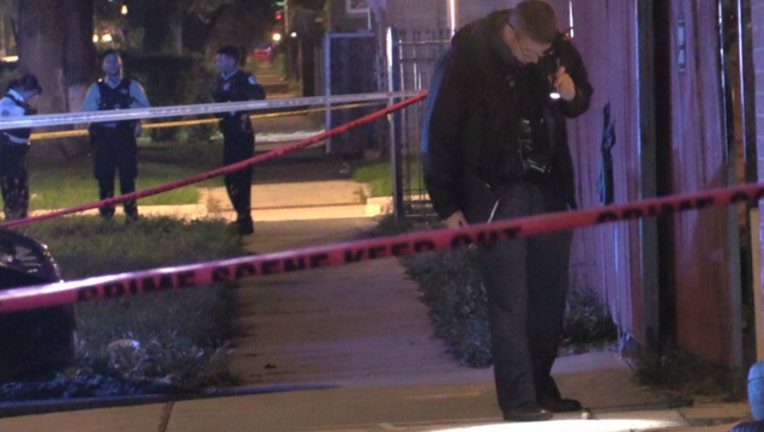 CHICAGO (Sun-Times Media Wire) - Two people were dead and nine others wounded in gun violence across Chicago over a 24-hour period Saturday, including a 15-year-old boy shot to death near an alley in the Austin neighborhood on the West Side.

Officers responded to the shooting just after 11 p.m. in the 1100 block of North Long Avenue and found Anton L. Shaw lying on the ground outside of an alley with a gunshot wound to his face, Chicago police and the Cook County medical examiner’s office said. Shaw was pronounced dead at the scene.

Police said there were no witnesses and that no one was in custody early Sunday. He lived in the same neighborhood where he was shot.

Almost 21 hours earlier, a man was fatally shot in the Roseland neighborhood on the Far South Side, police said.

About 2:10 a.m., officers responded to shots fired in the 10700 block of South Indiana Avenue and found 53-year-old Michael Rollins unresponsive on the ground, according to authorities.

Rollins was taken to the University of Chicago Medical Center, where he was pronounced dead, authorities said.

There were no witnesses to the shooting, and Rollins was unable to communicate with officers at the hospital before he died, according to police.

In nonfatal shootings, a man was wounded after a group was shot at near Garfield Park on the West Side.

About 11:20 p.m., the 19-year-old was standing on a sidewalk in the 200 block of North St. Louis Avenue when shots rang out, police said. The man was shot in the buttocks and took himself to Norwegian American Hospital, where his condition stabilized.

Hours earlier, a man was shot about 8 p.m. in the Englewood neighborhood on the South Side.

The 31-year-old was inside his vehicle in the 6100 block of South Justine Street when a van pulled up and someone inside fired shots, according to police.

He was shot in his shoulder and was taken by ambulance to the University of Chicago Medical Center, where his condition was stabilized, police said.

Minutes earlier, a teenage boy was shot just blocks away. Just before 8 p.m., the 16-year-old was walking on a sidewalk in the 800 block of West 60th Street when two male gunmen in a black SUV opened fire, according to police.

He was struck in the right heel and was taken in good condition to the University of Chicago Medical Center, police said.

Two men were standing outside about 7:40 p.m. when a van drove by and someone inside fired shots in the 7900 block of South Paulina, according to police.

A couple hours earlier, a teenage boy was shot in the Chicago Lawn neighborhood on the South Side.

The 17-year-old got into an argument with two people who took out guns and began firing shots in his direction at 4:12 p.m. in the 6200 block of South Artesian, according to police.

He was struck in his left leg and was taken to Christ Medical Center where he was in good condition, police said.

A 22-year-old man was wounded in a shooting Saturday afternoon in the Lithuanian Plaza neighborhood on the Southwest Side.

At 12:29 p.m., the man was driving a vehicle in the 6900 block of South Western Avenue when someone standing on a sidewalk opened fire on him, according to police.

He was shot in his lower left hip and was taken to Christ Medical Center in Oak Lawn, where his condition stabilized, police said.

Before dawn, a man was shot in the Little Village neighborhood on the Southwest Side. Just before 5 a.m., the 24-year-old was hanging out with his friends in an alley in the 2800 block of South Homan Avenue when someone stepped out of a blue car and fired shots, police said.

The man was struck twice in the left side of his abdomen and was taken to Mount Sinai Hospital in good condition, according to police.

On Friday, six people were wounded in shootings throughout Chicago.