CHICAGO - Four people in their 20s were hurt, two of them fatally, after their car plummeted more than 40 feet from the Stevenson Expressway early Friday near Ashland Avenue.

A speeding driver lost control in the northbound lanes about 4:50 a.m., hit a concrete wall and went over the side of the elevated expressway, according to Illinois State Police.

The car plunged 43 feet and struck a light pole on the way down, state police said. The car came to a rest near Robinson Street and Archer Avenue. 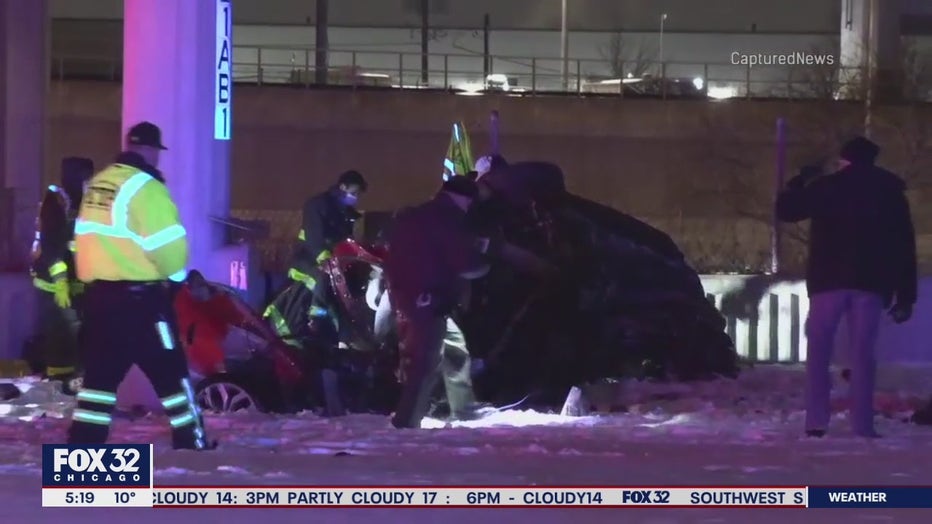 A woman, 22, and man, 27, were pronounced dead at the scene, state police said. Their names haven’t been released.

Two other passengers, a 21-year-old woman and a 25-year-old man, were taken to Stroger Hospital in critical condition, state police and Chicago fire officials said.

All four occupants of the car lived in Chicago, state police said.

The cause of the crash wan’t immediately clear, state police said. The interstate remained open for travel.