The guns were discovered by TSA officers in separate incidents on Wednesday, according to the TSA.

"We are proud of our TSA officers as they continue to keep our airlines safe during this pandemic by preventing weapons such as this coming through the airport security checkpoints," said TSA’s Illinois Federal Security Director Dereck Starks, "It continues to be a team effort by all as the safety and security of our travelers and crew remain our top priority." 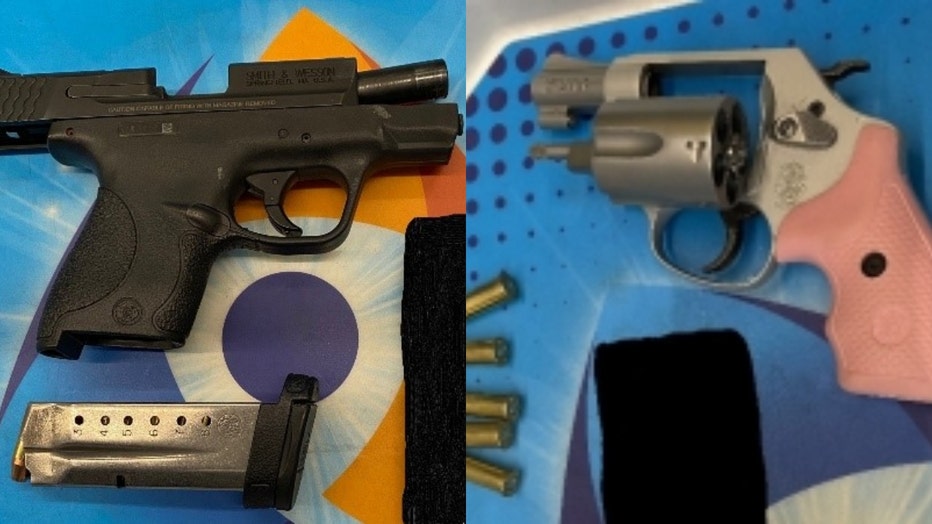 Both incidents were reported to Chicago police, and the travelers may face arrest and criminal charges, the agency said.

Anyone who brings a firearm to an airport security checkpoint or who transports guns or ammunition improperly in checked baggage could face stiff federal civil penalties.

The agency said individuals who bring weapons or replica weapons to the airport could be fined as much as $13,669 per violation.