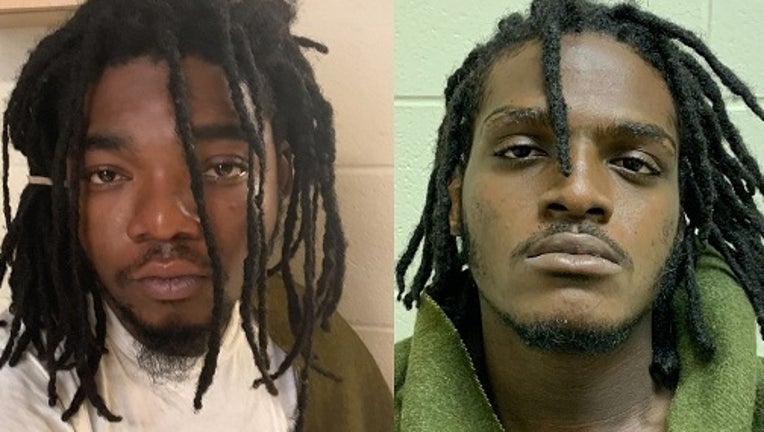 DeKALB, Ill. - Two men have been charged after allegedly robbing a 7-Eleven Mobil Gas Station in DeKalb, fleeing the scene in a vehicle and crashing it into a ditch in Naperville.

Kevin D. Bland Jr., 22, from Chicago, and Benny N. Smith, 27, from DeKalb, both face one count of armed robbery and one count of unlawful possession of a stolen motor vehicle.

On Wednesday, Illinois State Police troopers responded to the 7-Eleven located at 2700 Crego Road at about 2:30 a.m. for a report of an armed robbery.

Before troopers arrived on scene, Bland and Smith fled the scene in a 2003 White Dodge Caravan, ISP said.

An ISP trooper located the suspect vehicle a short time later traveling eastbound near North Aurora on I-88. The trooper attempted to stop the vehicle.

The vehicle did not stop, ISP said, and was pursued by authorities until the vehicle slowed down and drove into a ditch near milepost 124.25 in Naperville.

Bland and Smith then allegedly exited the vehicle and fled on foot, ISP said.

Multiple police agencies responded to the area, and Bland and Smith were located and taken into custody.