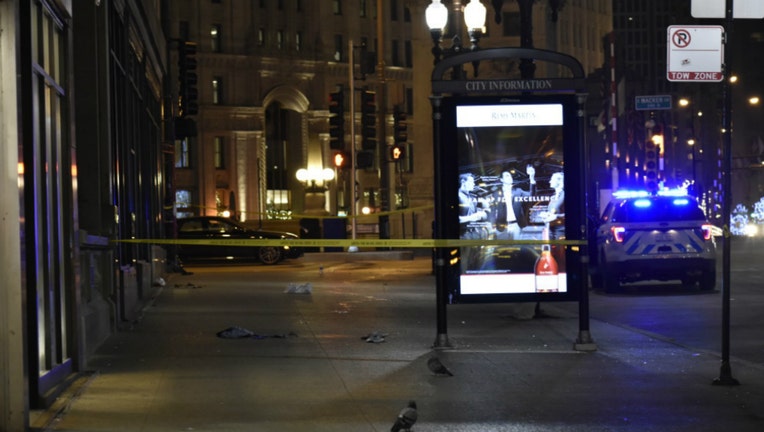 Police investigate the scene where two people were stabbed Saturday in the Loop Dec. 14, 2019. | Carly Behm/Sun-Times

CHICAGO - Two men were stabbed during a fight Saturday in the Loop.

A 30-year-old man was walking with his girlfriend at 12:07 a.m. in the 300 block of North Michigan Avenue when he got into an argument with a group of people, Chicago police said. The altercation with the four males and two females became physical, and he was stabbed in the chest and back with an unknown object.

A 23-year-old man passing by tried to intervene, but he was stabbed in the thigh, police said. Both men were taken to Northwestern Memorial Hospital in critical condition.

Police tape blocked off the sidewalk near the intersection of Michigan and East Wacker Drive. A trail of blood spanned the distance of the crime scene with leftover food, bloodied clothes and other items scattered around.