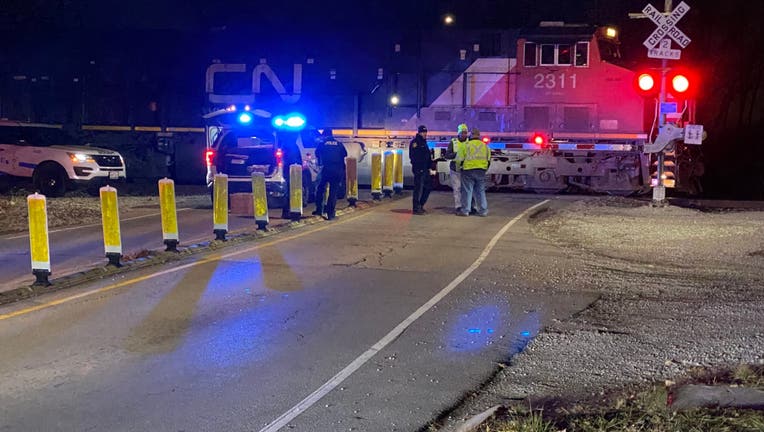 SCHEREVILLE - Two men were struck by a train in Indiana Saturday night, according to Schererville Police.

Around 10:10 p.m., police say emergency crews were dispatched to the area of Eagle Ridge Drive and 213th Ave after receiving reports of a train hitting a pedestrian.

When officers arrived, they say 10 men were found, two of which were struck by a Canadian National train about a quarter mile west of Eagle Ridge Drive.

Both struck were taken to a local hospital, and one was later airlifted to a Chicago hospital, police said.

Police are investigating the incident.