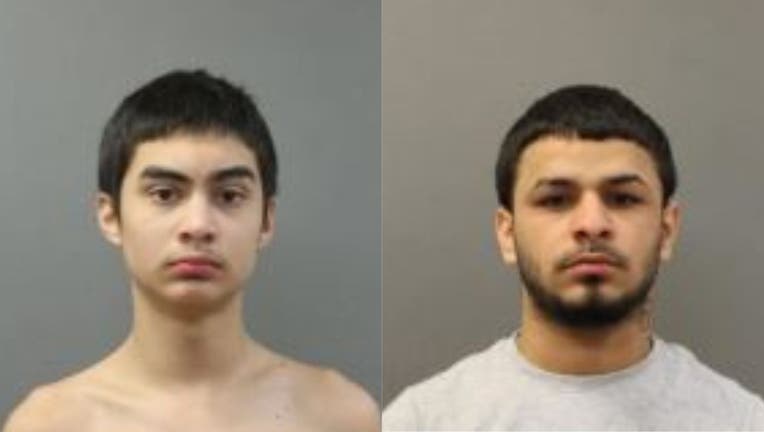 CHICAGO - Two more teens were charged with murder after a 7-year-old boy was struck by a stray bullet while washing his hands in his Humboldt Park home last month.

On Tuesday, Chicago police announced that a 16-year-old was charged with murder in the shooting that happened on Oct. 26.

David Cervantes, 18, and Joseph Serrano, 19, both from Chicago's West Side, were charged with first-degree murder. They were both arrested on Monday and will appear in court Thursday.

Shortly after they were announced on Thursday, the charges against Cervantes were dropped, according to the Cook County State's Attorney's Office.

Akeem Briscoe was fatally shot in the abdomen while he was washing his hands in the bathroom of his home in the 2600 block of West Potomac Avenue.

Police say there was a group on group conflict occurring in the alley behind Akeem's home when he was shot.

In the news conference earlier this week, police said they do not believe the 16-year-old fired the weapon, but the juvenile was in possession of the handgun and passed it to one of the adults who fired it.

Akeem Briscoe was killed Wednesday night when a possible dispute among gang members of the Maniac Latin Disciples erupted into gunfire, sending a bullet through the window of the boy’s Chicago home.

The 16-year-old will not be identified because they are a minor.

No addition information is available at this time.