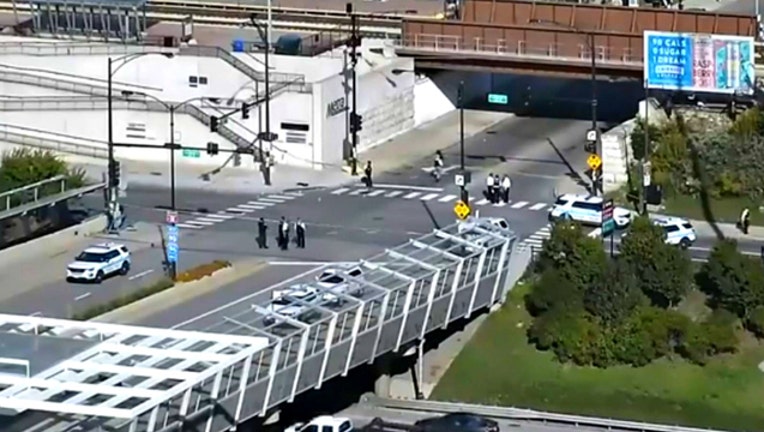 CHICAGO (SUN TIMES MEDIA WIRE) - Two teenage boys were killed and five people were wounded, including another teenage boy, between about 2 p.m. and 8 p.m. Wednesday in shootings across the city.

The two teens were killed in a shooting about 3 p.m. near the Sox-35th Street Red Line Station, according to Chicago police.

The 16-year-old and 17-year-old were walking in the 3500 block of South LaSalle Street when three other males fired shots at them, according to police.

The younger boy suffered a gunshot wound to his body and was taken to the University of Chicago Medical Center. The older boy was struck in his chest, abdomen and face and was taken to Stroger Hospital, police said.

Both were later pronounced dead. The Cook County medical examiner’s office had not confirmed the deaths. Area Central detectives were investigating.

The most recent non-fatal shooting happened about 8:25 p.m. in the Gresham neighborhood on the South Side.

A 32-year-old man was walking north in the 7600 block of South Hamilton when someone in a dark vehicle fired multiple shots at him, according to Chicago police.

He was shot in the shoulder and taken to Christ Medical Center in Oak Lawn, where his condition was stabilized, police said.

About 6 p.m., another teenage boy was shot in the West Town neighborhood.

The 16-year-old heard gunfire while walking down the 2200 block of West Maypole, according to Chicago police. He felt pain in his ankle and realized he was shot.

He was taken to Stroger Hospital in good condition, police said.

Less than an hour earlier, a man was wounded in a shooting in the Washington Park neighborhood on the South Side.

The 27-year-old was standing outside with a group of people when someone in a white vehicle fired shots, striking him in the upper leg in the 5800 block of South Michigan Avenue.

He took himself to University of Chicago Medical Center, police said. He was listed in critical condition.

The first shooting of the day happened about 2:10 p.m. in the Humboldt Park neighborhood on the West Side.

An 18-year-old man was shot in the arm while a 19-year-old was shot in the torso, in the 900 block of North Harding, police said. They were both taken to Stroger Hospital where their conditions were stabilized.

The circumstances of the shooting were not immediately known, police said. Area North detectives were investigating.