CHICAGO - Chicago police are seeking two women wanted in connection with a robbery earlier this month on a CTA Red Line train in the Loop.

About 3 a.m. on July 5, a 33-year-old woman was approached while she was on a CTA Red Line train in the 100 block of North State Street, by two women who punched her and took her belongings, Chicago police said.

The women were described as African American females between 18 and 25-years-old, according to officials. 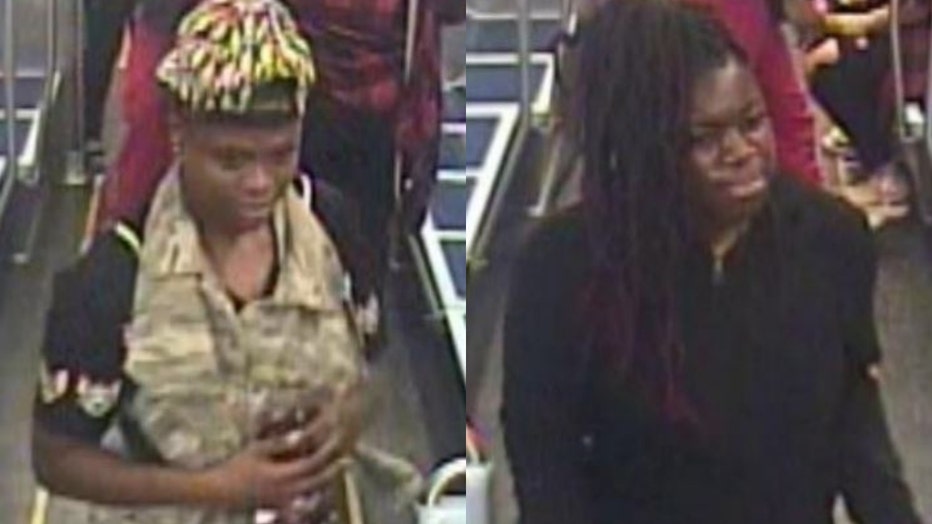 Photos of women wanted in connection with a July 5 robbery aboard a CTA Red Line train. (Chicago police)

Police released photos of the suspects, and asked anyone with information about the incident to call Area One detectives at 312-745-4706.