2020 has officially been ranked as Earth’s second hottest year, according to scientists from the National Oceanic and Atmospheric Administration (NOAA).

2016 is still ranked in first place for the hottest year and 2019 is now down to the third hottest.

According to data from NOAA, the average land and ocean surface temperature across the globe in 2020 was 1.76 degrees F (0.98 of a degree C). 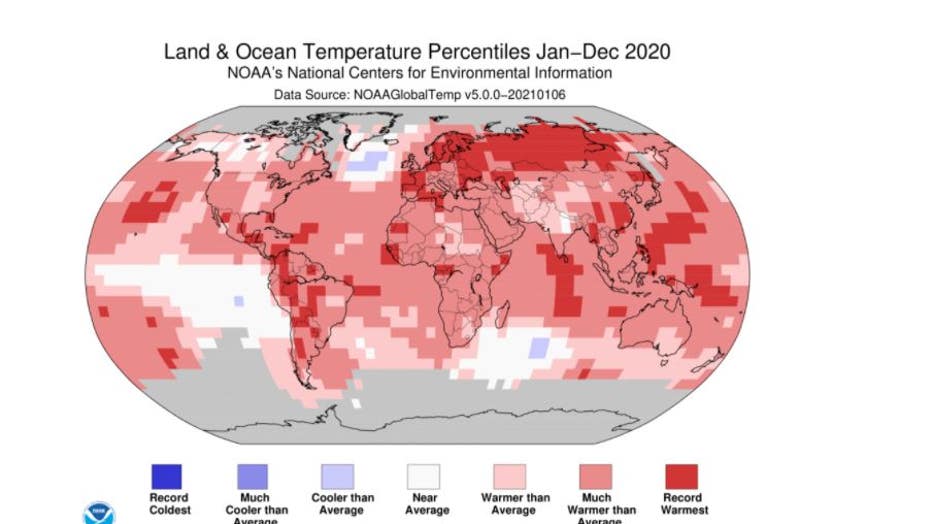 The Northern Hemisphere saw its hottest year on record at 2.30 degrees F (1.28 degrees C) which is above the 20th-century average.

Other findings from NOAA includes tropical cyclones and warm oceans.

Data shows that there were 103 named storms around the world in 2020, tying the record number seen in 2018. And the 2020 annual global sea-surface temperature was the third highest on record at 1.37 degrees Fahrenheit.

Meanwhile, snowfall across the Northern Hemisphere was sparse in 2020. Data from NOAA shows that the average snow cover was 9.31 million square miles, which is now the fourth smallest annual snow cover during the 1967- 2020 record.