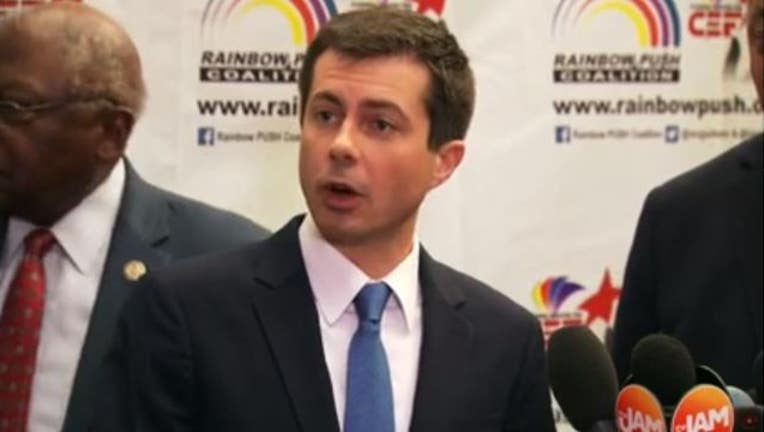 He said he would cut incarceration numbers in half by legalizing marijuana and eliminating prison time for simple drug possession. He wants to restore voting rights for some 6 million Americans with felony convictions and supports "bold and meaningful action" on reparations for the descendants of slaves.

Buttigieg's speech followed the June 16 fatal shooting of a black man by a white South Bend police officer, which he said re-exposed a "racial chasm" between black and white residents in the racially diverse community of roughly 100,000 people. The shooting prompted Buttigieg to leave the campaign trail, and it has threatened to erode the already marginal backing he's received from black voters for his 2020 bid so far.

Buttigieg is among the top tier of 2020 candidates, bringing in almost $25 million in the second quarter - an amount expected to exceed many of his rivals' totals. But he's struggled to gain support from black voters who are crucial to a Democratic victory.

He told reporters he needs to get to know more voters, and they need to "see me in action for a longer period of time" and learn more about the agenda he's dubbed his "Douglass Plan," after abolitionist Frederick Douglass.

"Look, when you're new on the scene, and you're not from a community of color, you've got to work much harder in order to earn that trust because trust is largely a function of quantity time," he said. "I'm committed to doing that work. But I think the most important question is: Will our policy benefit black Americans and all Americans? And if that happens, and if I can show that, I think the politics will start to take care of themselves."