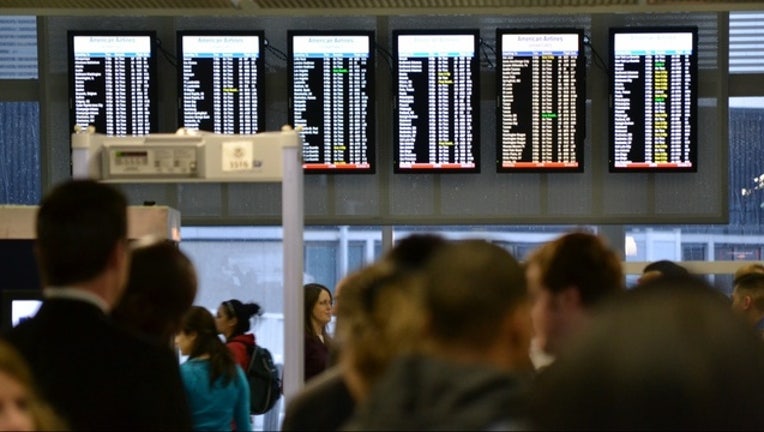 CHICAGO (Sun-Times Media Wire) - More than 250 flights have been canceled at airports in Chicago, largely due to a massive storm sweeping the East Coast.

A department spokesman said the cancelations were largely due to bad weather impacting flights to and from airports on the East Coast. Local weather conditions were not affecting operations.

A massive storm system brought snow, strong winds and record-breaking cold to the coast Thursday. The National Weather Service warned of possible blizzard conditions in the region until Saturday. Warnings were in effect from the mid-Atlantic region north through New England.

Locally, the weather service issued a hazardous weather outlook through Thursday, including an excessive cold risk and elevated snow risk. Sporadic lake effect snow showers were possible through Sunday over the Chicago area and northwestern Indiana while dangerous wind chill values of minus 20 were expected across much of the northern portion Illinois. A wind chill advisory was in effect until 10 p.m.

A high of 13 was forecast for Thursday and a low of 7, the weather service said. Wind chills were expected to be minus 15-25 tonight and the cold was expected through the weekend, with snow possible Sunday as temperatures warm to the low 30s.

If the frigid weather continues through Saturday, Chicago will tie a record only seen twice before — in 1895 and 1936 — of 12 consecutive days below 20 degrees, the weather service said.