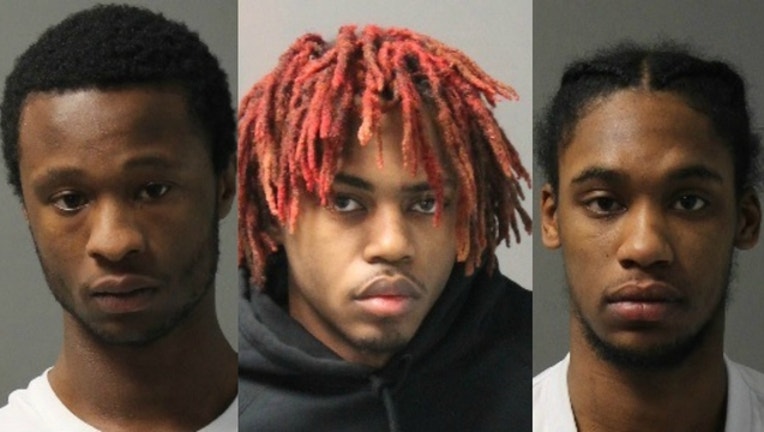 SUN TIMES MEDIA WIRE - Bond was set at $250,000 each for three Chicago men who were charged Tuesday with stealing cars and burglarizing garages Monday morning after over 20 unlocked garages and cars were reported burglarized in west suburban Elmhurst.

At 5 a.m., officers responded to the area of 600 Fay for a report of a person burglarizing a garage, according to a statement from Elmhurst police.

Officers spotted a Toyota and a Dodge trying to drive away, according to a statement from the DuPage State’s Attorney Office. The cars sped off and the Toyota crashed into the Dodge and then into a home.

Four men got out of the cars and ran off, the statement said. Deonte Daniel, 21, was arrested shortly after near a garage. A gun was also allegedly found in the garage Daniel was hiding in.

Tyrone Wilson, 19 and Deanthony Webb, 23, were found walking on a nearby street and taken into custody, the statement said.

An investigation by the Elmhurst Police Department revealed the men had burglarized three vehicles on Gladys and Evergreen Streets in Elmhurst, the statement said. The Dodge the men were driving was stolen Sunday from Villa Park.

Wilson, Webb, and Daniel, were all charged with three counts of burglary and possession of a stolen motor vehicles, police said. All three men have been taken to DuPage County Jail.

The investigation is ongoing, the statement said. All three men are scheduled to appear in court Dec. 12.