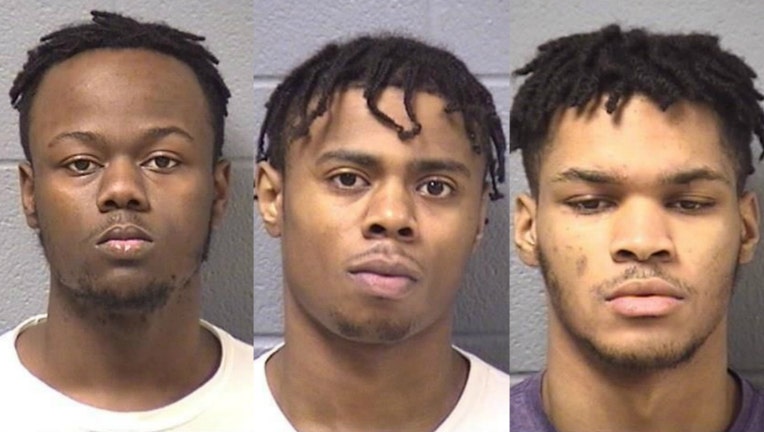 NEW LENOX, FRANKFORT - Three 20-year-olds are charged in two Will County abductions in which the victims were driven around Frankfort and New Lenox while their captors used their bank cards to make purchases.

The charges were filed against Justin A. Brown of Steger, Dontavious A. Harvey of Dolton, and Terwon Matthews of Roseland. A judge ordered them each held on $4 million bail, according to county records.

Authorities said the men were wanted in two abductions from Nov. 29 in New Lenox and Nov. 16 in Frankfort.

In the New Lenox incident, a man told investigators he was abducted at gunpoint by four men wearing ski masks as he was leaving for work at 6 a.m., the sheriff’s office said.

He was forced inside a vehicle and was driven to several stores, where his bank card was used to make purchases, the sheriff’s office said. The man was dropped off unharmed in Indiana at 11:10 a.m.

In Frankfort, a woman was approached by the trio about 5:50 a.m. as she was at an ATM in the 20800 block of South LaGrande Road, Frankfort police said.

She was forced to withdraw cash and was driven around for hours in her vehicle as they stopped at several stores to buy items using her bank cards, police said.

She was dropped off unharmed in Chicago with her vehicle, police said.

“With the help of crime tips, video surveillance, and technology, the offenders were identified early on in the investigation,” the sheriff’s office said in a statement.

They are due in court again Thursday, according to county records.