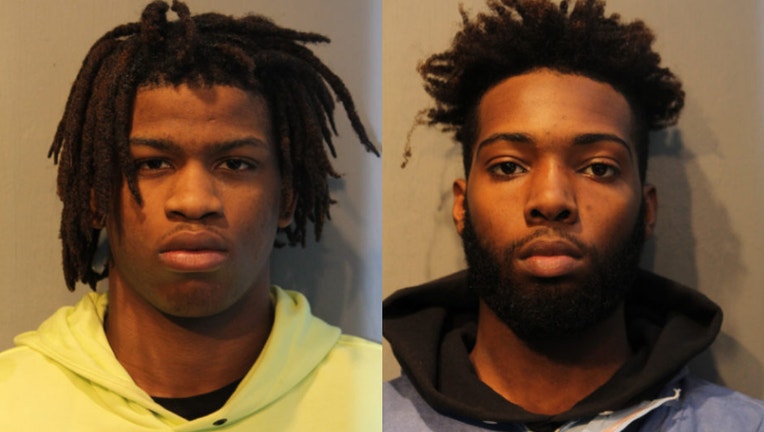 CHICAGO - Three people have been charged with beating and kidnapping a man Tuesday in Kenwood before driving him to an ATM where he was forced to withdraw cash.

The 21-year-old man thought he was meeting with a date he arranged online but was instead attacked by four men in ski-masks, according to Chicago police.

Jahziah McDonald and Jeremiyah Mannie, both 18, and a 17-year-old girl all face multiple felony charges in connection with the attack in the 4700 block of South Ingleside Avenue, police said. A fourth person was arrested with the group but later released without charges.

The three allegedly placed a gun to the back of the 21-year-old, took him into his vehicle and drove him to an ATM machine where he was forced to withdraw funds, police said.

A similar incident was reported about 30 minutes earlier in the same block, but police could not confirm whether or not the trio had also been charged in that attack.

In the earlier incident, a 23-year-old man went to meet a woman he had met online in the same 4700 block of South Ingleside Avenue and she brought him to a basement where four men attacked him, according to a statement from police.

The group punched him in the face and forced him to drive his car to the 7800 block of South Saginaw Avenue, before taking his cellphone and kicking him out of the car, police said.

McDonald and Mannie were both charged with two felony counts each of aggravated vehicular hijacking, kidnapping and robbery, police said.

Both appeared in court Friday, where they were ordered held without bail, according to Cook County records.

The teen girl was charged with two felony counts each of aggravated vehicular hijacking, aggravated unlawful restraint and armed robbery, along with two misdemeanor counts of criminal trespass to a vehicle. She is expected to appear in juvenile court Friday.