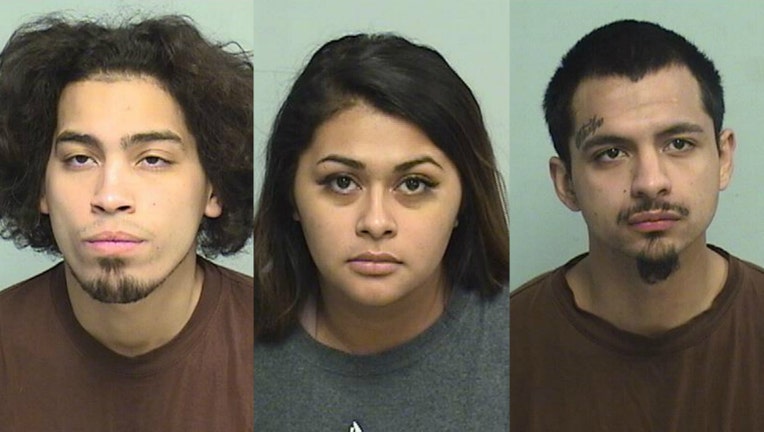 Three people are accused of attacking and robbing a woman in Long Grove after offering her a ride home from a party.

They attended a party Jan. 25 in the 400 block of South Martin Luther King Jr. Avenue in Waukegan, the sheriff’s office said. An 18-year-old woman at the party was involved in an argument and asked for a ride to her home in Arlington Heights.

On the way, they pulled over in a secluded area near Arlington Heights and Checker roads in Long Grove, pulled her out the car, beat her before taking her money then forced her back into the car, the sheriff’s office said.

Later, the car slid into a ditch and Mora and Colon got out to try to push it out, the sheriff’s office said. The woman managed to run and flag someone down.

During the investigation, authorities discovered the trio was living in an apartment in Waukegan and deputies showed up March 6, the sheriff’s office said. Colon tried to jump out of a window but stepped back into the apartment after he was confronted by deputies.

The group was taken into custody after authorities forced their way into the apartment, the sheriff’s office said. A 15-year-old boy who was also inside was arrested on an unrelated warrant.