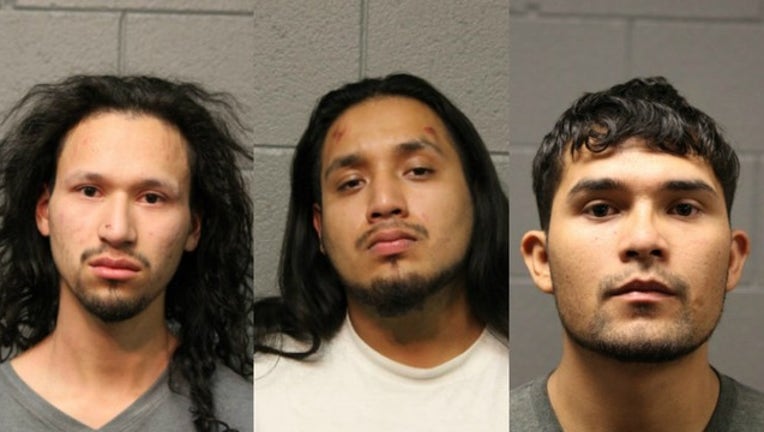 CHICAGO (Sun-Times Media Wire) - Three men were charged with stabbing and robbing a homeless man on Monday in the South Loop neighborhood.

Officers responded at 9:10 p.m. to the 300 block of South Michigan Avenue and saw three men battering a 57-year-old man, according to Chicago Police.

The officers broke up the fight and learned the 57-year-old had been stabbed four times and the men also stole his book bag, police said. The 57-year-old was taken to Northwestern Memorial Hospital in serious condition.

All three were expected to appear in bond court Thursday at 2600 S. California.