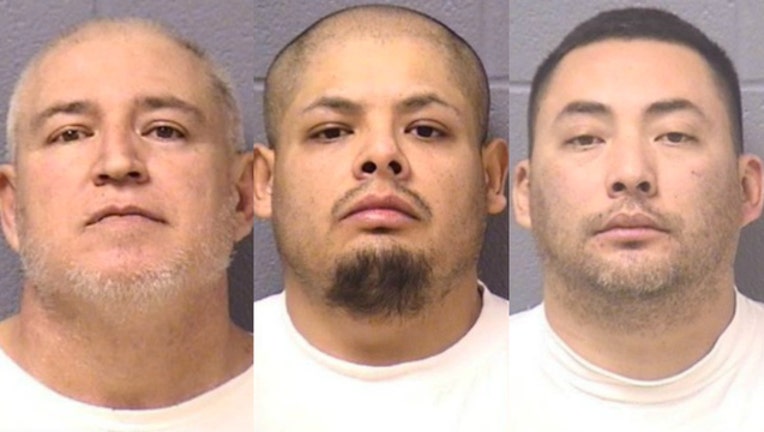 SUN-TIMES MEDIA WIRE - Three Chicago men were charged after police and K-9s found about $200,000 worth of cocaine in two vehicles on Thursday.

The men were suspected of trafficking illegal drugs from Texas through Will County and into the Chicago area, according to the Will County sheriff’s office.

At 8:23 p.m. Thursday, deputies stopped two vehicles near I-57 and Wilmington-Peotone Road after receiving information from another law enforcement agency, according to the sheriff’s office.

Inside the vehicles were 40-year-old Jose Lopez, 50-year-old Ernesto Zuniga, and 43-year-old Adrian Montanez, police said. Deputies who spoke with the men said they appeared evasive in their answers to routine questions.

The K-9 unit was called and police dogs indicated possible illegal drugs in one of the vehicles, police said. After a search, deputies recovered nine kilograms of cocaine. Investigators determined that all three men were involved.

All three were taken to the Will County Adult Detention Facility, where they are awaiting a bond hearing.