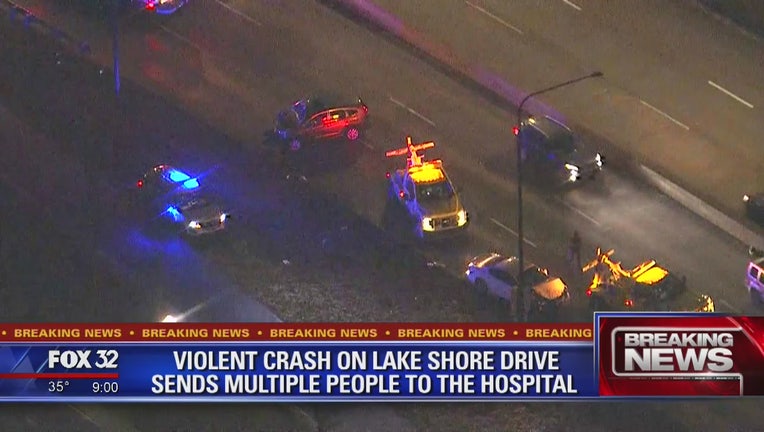 CHICAGO - Several people were injured, including three children, in a crash Friday on Lake Shore Drive on the South Side.

Emergency crews responded about 7 p.m. to the area near 55th Street and South Lake Shore Drive for reports of a crash with injuries, according to Chicago Fire Department officials.

A woman, 47, was driving north on Lake Shore Drive when she lost control and spun around towards the curb lane, Chicago police said. A 56-year-old who was also driving north struck the woman’s vehicle head-on.

A woman, 22, and a 56-year-old man were take to the University of Chicago Medical Center in serious-to-critical condition, authorities said. Their conditions were stabilized at the hospital.

The 47-year-old woman was not issued citations, police said.