Michael Ingersoll, 31, of Waukegan, was arrested Tuesday and charged with unlawful use of a weapon by a felon, according to a statement from the Waukegan Police Department.

Officers responded to a call about 12:30 a.m. Sept. 21 of a suspicious person in the 2000 block of Pine Street, the statement said. A person told them they observed a white male tapping on the window of their apartment.

Police were unable to locate the suspect at the time but did find a loaded 9mm handgun, according to the statement. The investigation lead detectives from the Gang Intelligence Unit to obtain an arrest warrant for Ingersoll.

While following up on leads, detectives located Ingersoll on Tuesday driving a vehicle in the 400 block of Hickory Street in Waukegan. He was taken into custody. 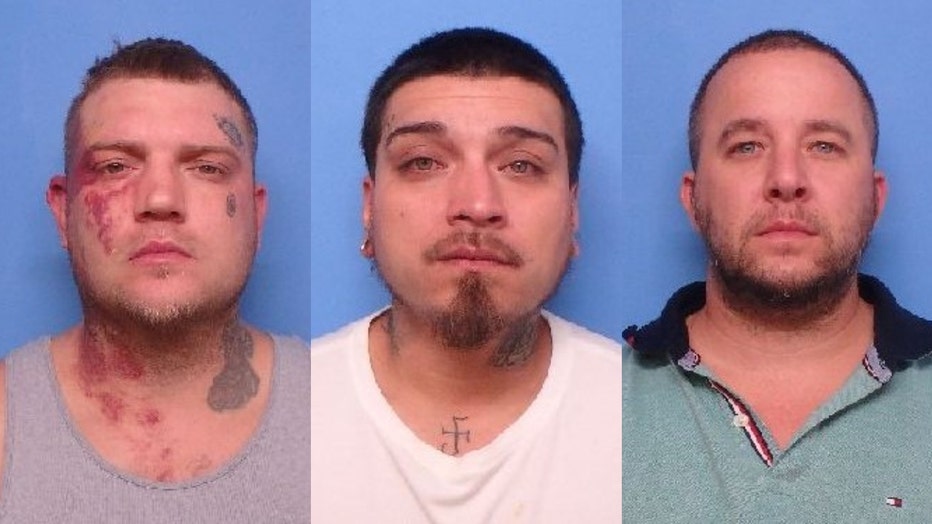 Also taken into custody were two other men who were passengers in the vehicle. Eric Bickwermert, 33, of Zion and Nicholas Maples, 37, of Luthersville, Georgia were also charged with unlawful use of a weapon by a felon.

All three men appeared in bond court on Wednesday. Ingersoll remains in custody on a $300,000 bond. He is scheduled to appear in court again on Oct. 26.