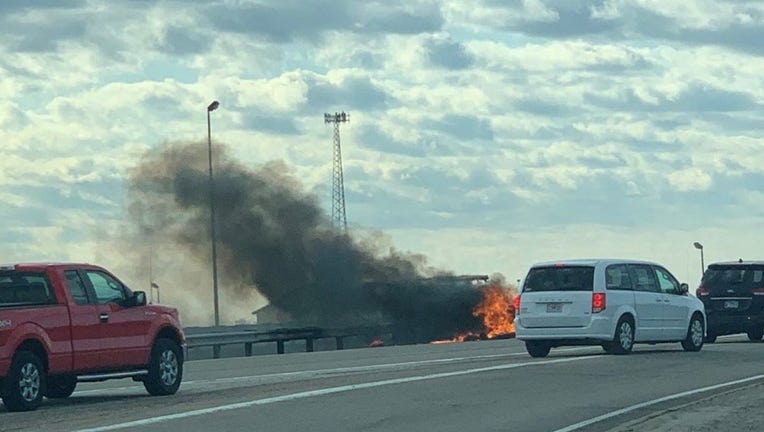 LINCOLN - Authorities have identified the three men killed when a small airplane crashed Tuesday on I-55 in downstate Lincoln.

The occupants were 22-year-old Mitchell W. Janssen of Princeville, 30-year-old Kevin G. Chapman of Urbana and 33-year-old Matthew R. Hanson of Pulaski, Wisconsin, according to a statement from Illinois State Police.

The plane burst into flames after crashing in the middle of the highway, according to state police. The crash occurred at 8:49 a.m. about 35 miles northeast of Springfield in Logan County.

In a statement, the FAA said the plane, a single-engine, four-seat Cessna 172, was destroyed. The NTSB is leading an investigation.

In January, former mayor of Springfield Frank Edwards and his wife, Sangamon County Coroner Cinda Edwards, were two of the three people killed when a small plane crashed in unincorporated Sangamon County.