CHICAGO - Chicago police are asking for the public's help identifying four suspects who pepper sprayed and then robbed a man on a CTA Red Line platform.

According to police, the victim was on the platform at the Roosevelt stop when he was approached by the four suspects who then pepper sprayed him twice and took his belongings. 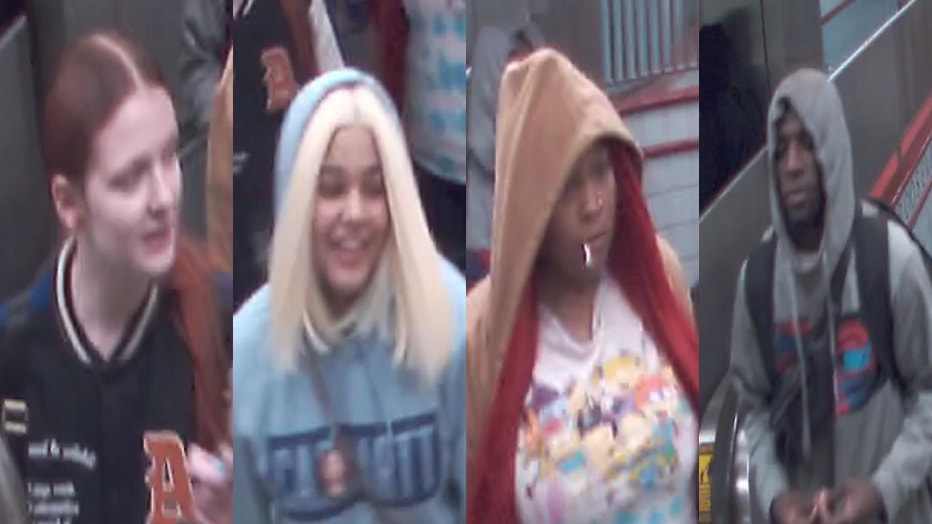 The suspects were three women and one man, police said.