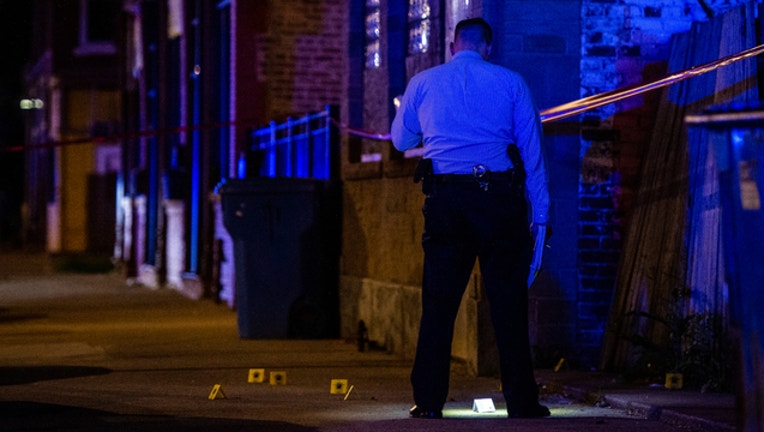 Chicago Police investigate the scene where two people were shot, Thursday night, in the 3500 block of West Cermak, in the Little Village neighborhood. | Tyler LaRiviere/Sun-Times

CHICAGO (SUN TIMES MEDIA WIRE) - Three people were wounded by gunfire Thursday in Little Village on the Southwest Side.

Two men and a woman were standing on the sidewalk about 10:40 p.m. in the 3500 block of West Cermak Road when someone approached the group on foot and fired shots, Chicago police said.

A woman, 27, was hit in the back, while a 28-year-old man was struck in the leg, police said. Both of their conditions were stabilized at Mount Sinai Hospital.

Another man, 35, was grazed in the nose and refused medical treatment, police said.