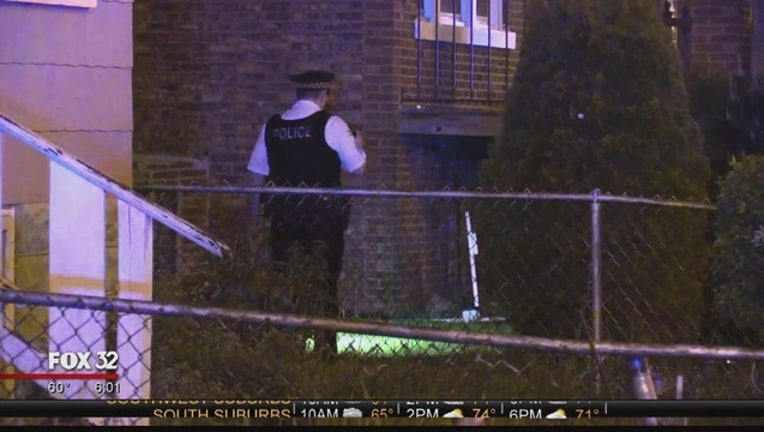 CHICAGO (SUN TIMES MEDIA WIRE) - Four people were killed and at least 16 others wounded in shootings across Chicago on Wednesday.

Two women and a man were killed in a domestic-related shooting Wednesday night in the South Side Englewood neighborhood.

Fifty-year-old Jerome T. Wright; and two 26-year-old women, Makeesha Starks and Kiara Kinard, were in a home in the 1500 block of West 71st Street at 11:20 p.m. when a man they knew approached and started shooting, according to Chicago Police and the Cook County medical examiner’s office.

Wright, of the 1500 block of West 74th Street; and Starks, who lived on the block where the shooting happened, were both shot in the head and pronounced dead at the scene, authorities said.

Kinard, of the 7700 block of South Seeley, was shot in the back and was taken to Advocate Christ Medical Center in Oak Lawn, where she died at 2:37 a.m., authorities said.

A suspect in the triple homicide remained barricaded in a home in the Fernwood neighborhood at 104th and Union as of Thursday afternoon. Police initially responded to the home about 4:15 a.m.

Ira Cotton, 56, was standing on a front porch in the 7400 block of South Ingleside about 12:10 a.m. when someone walked up to him and demanded his car keys before shooting him in the left leg, according to Chicago Police and the Cook County sheriff’s office.

Cotton, who worked as a correctional officer from 1983-2004, was taken to Advocate Christ Medical Center in Oak Lawn, where he was later pronounced dead, authorities said.

“Officer Cotton gave 20 years of his life to serving his community and making Cook County a safer place,” the sheriff’s office said in a statement. “Sheriff Dart joins his friends, family and former Cook County Jail colleagues in mourning his tragic death.”

The latest nonfatal shooting happened in the West Pullman neighborhood on the Far South Side.

A 25-year-old man was driving near 129th and Lowe at 10:35 p.m. when someone exited an alley and shot at him, according to police. He was shot in the leg and was taken to MetroSouth Medical Center in Blue Island, where his condition was stabilized.

The five—a woman and four men—were outside in the first block of East 71st Street shortly after 8 p.m. when several people walked up and opened fire, police said.

All four were in serious-to-critical condition, fire officials said.

Police said a fifth victim, a 26-year-old man, took himself to St. Bernard Hospital and Health Care Center, where his condition had stabilized.

Earlier in the evening, a 17-year-old boy was shot in the leg in the Chicago Lawn neighborhood on the Southwest Side. It happened about 6:40 p.m. in the 2500 block of West 63rd Street, and his condition was stabilized at Christ Medical Center. He wasn’t cooperative with investigators, police said.

Another Southwest Side shooting minutes earlier left a 24-year-old man wounded. He took himself to Mount Sinai Hospital after being shot in the side of the head about 6:30 p.m. in the 5700 block of South Kedzie, police said. His condition stabilized.

Wednesday afternoon, a man in his 20s was shot in the Humboldt Park neighborhood on the West Side. He suffered a leg wound about 2:15 p.m. in the 700 block of North Trumbull and was treated at the scene, police said. He was listed in good condition.

About the same time, two people were shot on the Near West Side. A 27-year-old woman shot in the arm and hip was taken to Stroger Hospital, along with a 44-year-old man who suffered a hip wound. Their conditions were stabilized after the shooting in the 2100 block of West Jackson, which police said likely was gang-related.

A pregnant woman was among three people wounded in another Chicago Lawn shooting about 12:45 p.m. in the 6900 block of South Western. A 15-year-old boy shot in the right arm and the pregnant 21-year-old shot in the foot were taken to Christ Medical Center, fire officials said. A 26-year-old man shot in the right ankle was taken to Holy Cross Hospital. Their conditions stabilized, police said.

The day’s first nonfatal shooting happened about 12:40 a.m. in another Humboldt Park attack. A 32-year-old man shot in the abdomen and foot in the 900 block of North Drake took himself to Presence Saints Mary and Elizabeth Medical Center. The documented gang member later was transferred to Stroger Hospital, where his condition was stabilized, police said. He wasn’t cooperative.