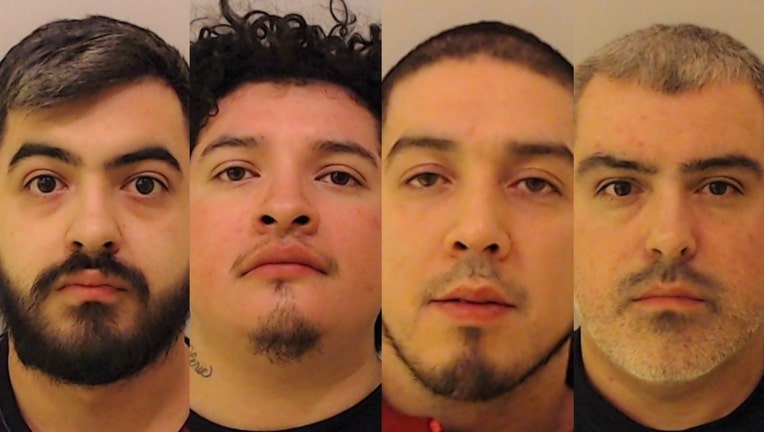 GURNEE - Four men are accused of selling weed illegally out of a private room at a CBD store in north suburban Gurnee.

Adrian Gonzalez, 24, Juan Gonzalez, 39, Victor Tapia, 34, and 22-year-old David Vega III are each charged with one felony count of possessing and delivering more than 5,000 grams of cannabis substance, Gurnee police said in a statement.

Authorities were tipped off about the sales, employees armed with weapons and a robbery plot at a CBD store in the 400 block of Route 21, police said.

Cannabidiol, or CBD, is a non-intoxicating chemical compound that comes from the cannabis sativa plant.

Detectives allegedly confirmed that the business had been selling weed and THC infused products out of a private room inside the store, police said.

On Nov. 18, 2019, Gurnee approved an ordinance prohibiting the sale of recreational weed within the village.

If convicted, the men face a sentence of 6 to 30 years in prison, police said.