BATAVIA, Ill. - An Illinois resident who purchased a lottery ticket at a west suburban liquor store is now $5.6 million richer after matching all six Lotto numbers in Monday night's drawing.

The winning ticket was purchased at KL Liquor & Pantry located at 1351 Wind Energy Pass in Batavia, according to an Illinois Lottery spokesperson. 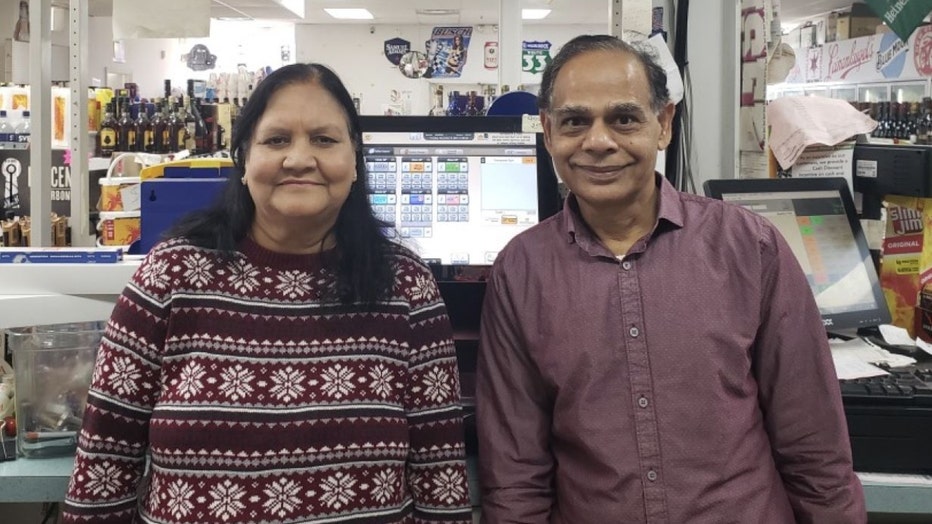 Shilpa and Narendra Desai, owners of KL Liquors & Pantry in Batavia, are all smiles after selling a $5.6 million winning Lotto ticket in the Monday, Nov. 8 draw. (Illinois Lottery)

"As my daughter was opening the store, a customer called to let us know that our store had sold the winning Lotto ticket, so we quickly checked online and saw that our store’s name was published as selling the winning ticket – that was pretty exciting," said Narendra Desai, owner of KL Liquor & Pantry.

Desai said the store has sold several winning lottery tickets in the past five years, including a $300,000 Lucky Day Lotto ticket and a $50,000 Lotto ticket, but Monday's ticket is by far the largest winning jackpot ticket they've sold.

The store will receive a selling bonus of $56,000, or one percent of the total prize amount.

Desai said that he plans to invest some of the winnings in the store and the remainder on holiday gifts and possibly a family trip.

The player holding the winning ticket has 12 months from the date of the draw to claim their prize, the Illinois Lottery said.