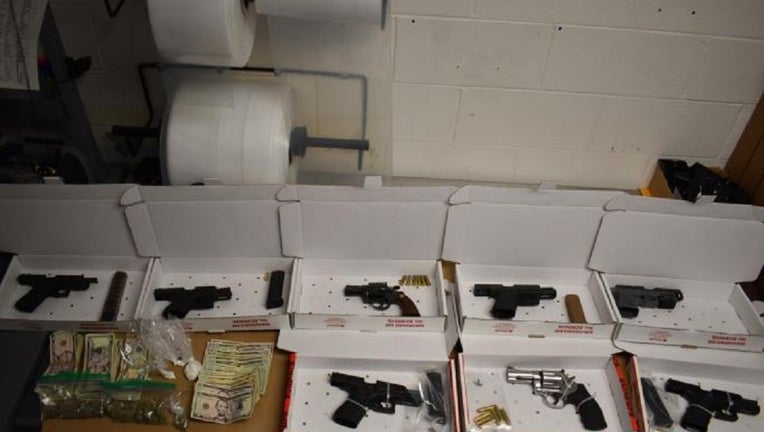 As a result of their investigation, search warrants and arrest warrants were obtained, and an operation was planned to take the offenders into custody.

Due to the violent weapons related history with these individuals and known connections to the Maniac Latin Disciple street gang, the Northern Illinois Police Alarm System Emergency Team was called to assist in serving the warrant, authorities said.

As the Emergency Team was arriving, four people fled form the residence and tried to escape in a vehicle.

All four subjects who fled were apprehended, and three firearms were recovered along with hundreds of rounds of ammunition, authorities said.

The residence was then secured, and five additional people were detained.

Five more firearms, ammunition, powdered cocaine, cannabis, gang indicia and burglary proceeds were found during a search of the residence.

Five people were charged as a result of the investigation.

The additional subjects detained during the operation were released without charges at this time, police said.