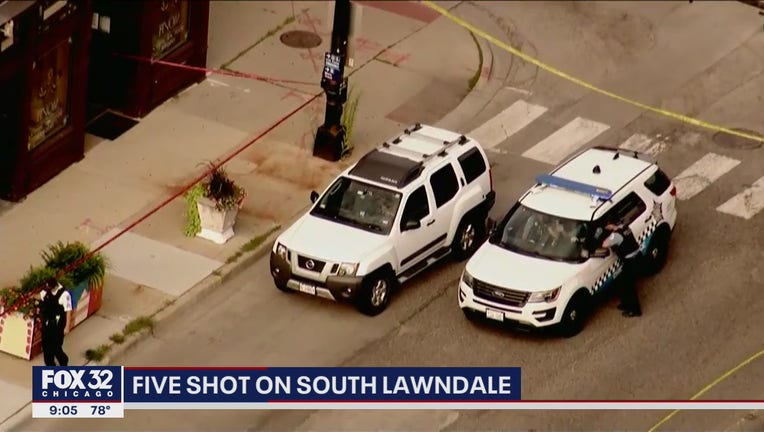 CHICAGO - Five people were shot Monday night in Lawndale on the West Side.

They were shot about 8:45 p.m. in the 1300 block of South Lawndale Avenue, Chicago police said.

A 31-year-old man was shot in the knee, and he was taken to Mount Sinai Hospital, police said. Another man, 38, was taken to the same hospital with a gunshot wound to the buttocks.

A 56-year-old woman and 51-year-old man were both shot in the ankle, police said. They were taken to Stroger Hospital. A 63-year-old man was taken to the same hospital with a gunshot wound to the forearm.

All five people are in good condition, police said.

No one is in custody as Area 4 detectives investigate.