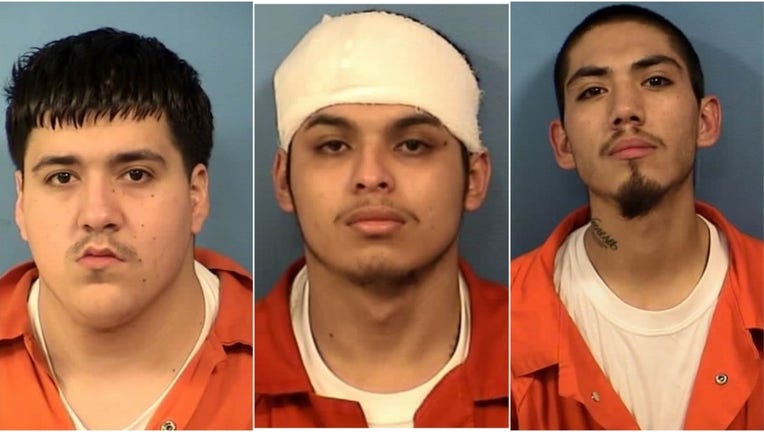 Police responded about 1:21 a.m. to the 100 block of Wycliffe for a report of a rock thrown through a window, the state’s attorney’s office said. The caller also said shots were fired and a person was stabbed.

When authorities arrived, they found two people with serious but not-life threatening injuries, prosecutors said. Investigators learned that a vehicle had fled the scene, and stopped it shortly after.

Four people in the vehicle were immediately taken into custody, prosecutors said. The other two ran off but were arrested a short time later.

The group had allegedly traveled to the home armed with a knife and gun, prosecutors said. Once they arrived, Vallin threw a brick through a back window and Arellano fired shots when two people came out to investigate, striking one of them in the arm.

Luna allegedly stabbed the other man four times in the side and thigh using a large hunting knife, prosecutors said.

“It is alleged that in the middle of the night, these defendants traveled to DuPage County looking to cause trouble,” State’s Attorney Robert Berlin said. “Thankfully, neither of the victims’ injuries are considered life threatening.”

Vallin and Luna are scheduled to appear in court Dec. 2, and Arellano’s next court date is set for Dec. 3, the state’s attorney’s office said.

The three juveniles are expected to appear in court next week, the state’s attorney’s office said.