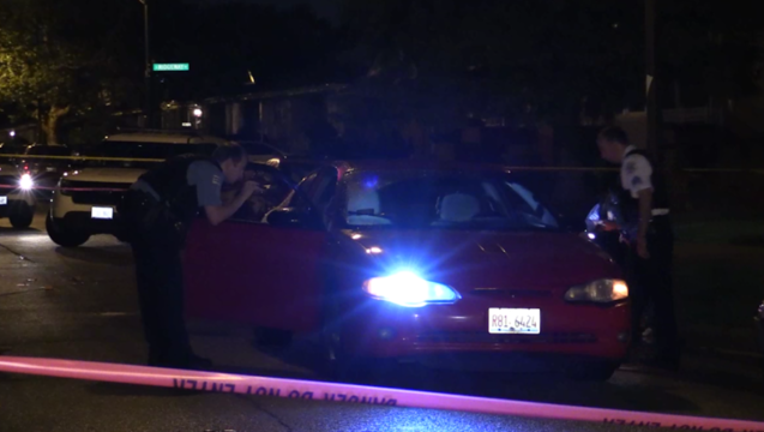 Police said a man was shot to death int he Ashburn neighborhood on the Southwest Side late Friday. | NVP News

CHICAGO (Sun-Times Media Wire) - Six people were killed, including a 15-year-old girl, and at least 63 others were wounded in shootings across Chicago over Memorial Day weekend.

The total number of people shot during the weekend this year surpassed the 2015 holiday, when 55 people were shot, 12 fatally, over Memorial Day weekend.

The most recent homicide happened late Monday in the Washington Park neighborhood on the South Side.

Officers responding to a call of shots fired about 11 p.m. found James Taylor lying on the ground near his vehicle in the 5100 block of South Calumet, according to Chicago Police and the Cook County medical examiner’s office. Taylor, who lived in the 6500 block of South Ellis, had been shot in the chest and was pronounced dead at the scene, authorities said.

Witnesses at the scene were not cooperating with detectives.

About the same time, a man was shot to death in the West Rogers Park neighborhood on the North Side.

Officers responding to a call of shots fired about 11 p.m. found 39-year-old Johan Jean lying in a gangway in the 6400 block of North Rockwell, authorities said.

Jean, who lived in the 100 block of North Ashland in Evanston, was shot in the neck and taken to Presence Saint Francis Hospital in Evanston, where he was later pronounced dead, authorities said. Police said he was 25 years old.

A source said the shooting stemmed from a dispute between two women. One of them has a child with the man and the other was his girlfriend. Both women were armed, and the man was eventually shot during the argument. No weapons were recovered from the scene.

About 5:20 p.m. Saturday, a man was shot to death in the Fuller Park neighborhood on the South Side.

Garvin Whitmore, 27, was sitting in the driver seat of a vehicle with a passenger, 26-year-old Ashley Harrison, in the 200 block of West Root, when someone walked up to the vehicle and shot him in the head, according to police and the medical examiner’s office.

After he was shot, Harrison got out of the vehicle, fired several shots as the shooter ran away and threw the weapon to the ground, police said. No one else was injured.

Harrison was charged with reckless discharge of a firearm and aggravated unlawful use of a weapon without a FOID card, and ordered held on a $250,000 bond during a Sunday hearing, authorities said. As of Sunday night, no one was in custody for the homicide.

Earlier Saturday, a 23-year-old man was shot to death in the Portage Park neighborhood on the Northwest Side.

Damien Cionzynski got into a fight with two other males inside a business about 5:15 a.m. in the 6300 block of West Montrose, according to police and the medical examiner’s office.

Cionzynski was shot in the head and pronounced dead at the scene, authorities said. He lived in the 4400 block of North Nashville Avenue in Harwood Heights.

A few hours earlier, 15-year-old Veronica Lopez was passenger in a vehicle with a 28-year-old man in the 2400 block of North Lake Shore Drive about 1:30 a.m. when a black Nissan pulled alongside them and someone inside opened fire, authorities said.

They drove to Presence Saint Joseph Hospital, and the girl was later transferred to Advocate Illinois Masonic Medical Center, where she was pronounced dead at 2:59 a.m., authorities said. She lived in the 5100 block of West Fullerton.

The man was shot in the arm and suffered a graze wound to the head, police said. His condition had stabilized. Investigators think the shooting was either gang- or road rage-related.

The holiday weekend’s first fatal shooting happened late Friday, when a 25-year-old man was shot to death in the Ashburn neighborhood on the Southwest Side.

Just before 11 p.m., Mark Lindsey was sitting in a vehicle parked near his home in the 3700 block of West 75th Place when a gunman walked up and shot him repeatedly across the chest and body, authorities said. Lindsey tried to drive away, but crashed into another vehicle on the block.

He was taken to Advocate Christ Medical Center in Oak Lawn, where he was pronounced dead at 11:34 p.m., authorities said.

The latest nonfatal shooting happened early Tuesday in the Fernwood neighborhood on the Far South Side.

A 30-year-old man was standing outside about 1:45 a.m. in the 10200 block of South LaSalle Street when another male walked up, pulled out a gun and opened fire, police said. The shooter then ran away. The man was shot in the shoulder and taken to Christ Medical Center, where his condition was stabilized.

Less than an hour earlier, a man and a teenage girl were shot and wounded in the South Shore neighborhood. The 17-year-old girl was walking on the sidewalk about 12:50 a.m. in the 2600 block of East 73rd Street when she heard gunfire and felt pain, according to police. She was shot in the back and taken to Northwestern Memorial Hospital, where her condition was stabilized. A 21-year-old man also suffered a gunshot wound to the back and later showed up at Northwestern, where he was listed in good condition.

About 30 minutes before that, four people suffered gunshot wounds when they were caught in crossfire in the East Garfield Park neighborhood on the West Side. The group was standing outside about 12:20 a.m. in the 3300 block of West Huron when two males started shooting at each other, police said. The four were all wounded when they got caught in the crossfire. A 52-year-old man was shot in the right foot and taken to Norwegian American Hospital. Two women, ages 18 and 19, and a 30-year-old man all suffered gunshot wounds to the legs. They were taken to Mount Sinai Hospital. All four victims were listed in good condition early Tuesday, police said.

At least 55 more people were wounded in other shootings across Chicago between 9:25 p.m. Friday and 9:30 p.m. Monday.