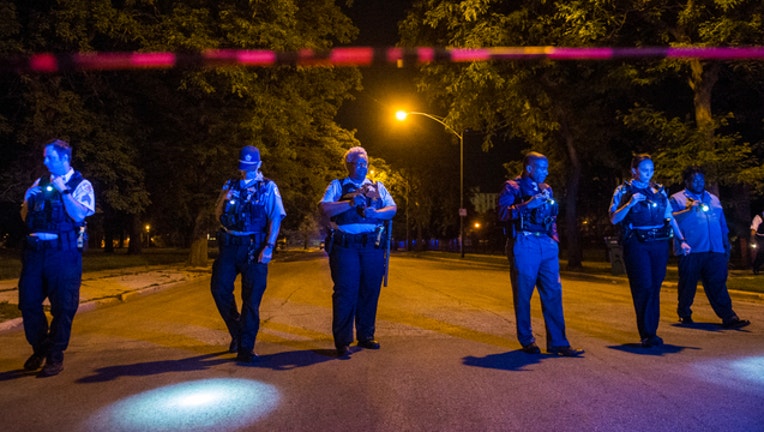 The group was standing near the park when someone opened fire about 10:45 p.m. in the 3900 block of Vincennes, according to Chicago Police.

A 15-year-old boy was among those wounded. He was shot in the ankle and was taken to Mercy Hospital in good condition, police said.

A 19-year-old man was struck by four bullets. He was shot twice in the hip, once in the buttocks and once in the arm and was taken to North Western Medical Center where his condition was stabilized, police said.