A Shell gas station in the Chicago suburb of Schaumburg sold a winning Lucky Day Lotto ticket over the weekend worth $650,000.

The ticket was sold at the Shell Food Mart, which is located at 750 E. Higgins Rd. in the northwestern suburb. The ticket matched all five numbers for the drawing on Saturday, Feb. 12.

"A customer that frequently shops at our store called on Saturday after the midday drawing to let us know that our store sold the $650,000 Lucky Day Lotto Jackpot ticket," said store cashier Hector Torre. "Since then, I’ve been asking all my regular customers that have come into the store to check their tickets - so far no luck." 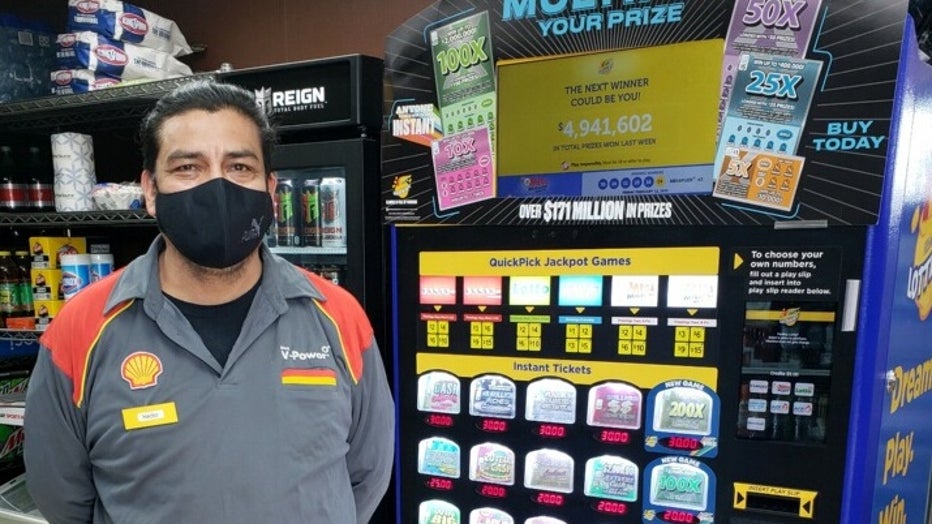 "It’s very exciting because it adds an element of mystery. We’re all trying to figure out who the lucky winner might be," said Shell Food Mart owner Margie Heidner. "Hector has narrowed it down to three potential customers - they’re all regular Lucky Day Lotto players and they haven’t been to the store since the Saturday drawing – we’re all hoping that it’s one of them."

For selling the winning ticket, the store will receive a bonus of $6,500.

The Illinois Lottery encourages winners to write their name on the back of their ticket and keep it safe until they’re ready to claim the prize. Winners should visit IllinoisLottery.com/winning.

Winners have one year from the date of the winning draw to claim their prize.