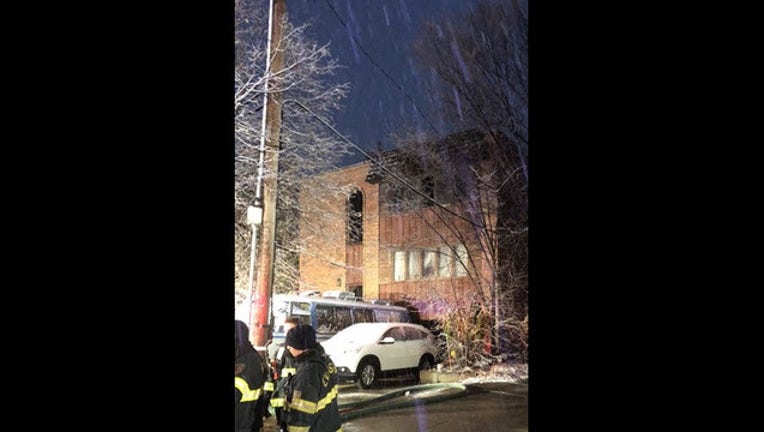 A man died after a fire Tuesday morning in the 1300 block of Oakton Street in Evanston. | Evanston Fire Department

Crews responded at 5:04 a.m. to the fire at a three-story, two-unit home in the 1300 block of Oakton Street in Evanston, according to the Evanston Fire Department. Crews arrived to see heavy smoke coming from the rear of the building and forced entry to find heavy fire on the third floor.

They extinguished the fire and found Norbert Kouba in a bedroom adjacent to the room the fire was in, according to the fire department and the Cook County Medical Examiner’s Office. Kouba, who lived in the unit, was taken to St. Francis Hospital in Evanston, where he was pronounced dead.

Two people who lived in the unit encompassing the first two floors of the building made it out safely, the fire department said. Working smoke detectors helped alert them to the fire.

One firefighter suffered an injury to his lower extremities and was in good condition, the fire department said. He was taken to Evanston Hospital, where he was treated and released.