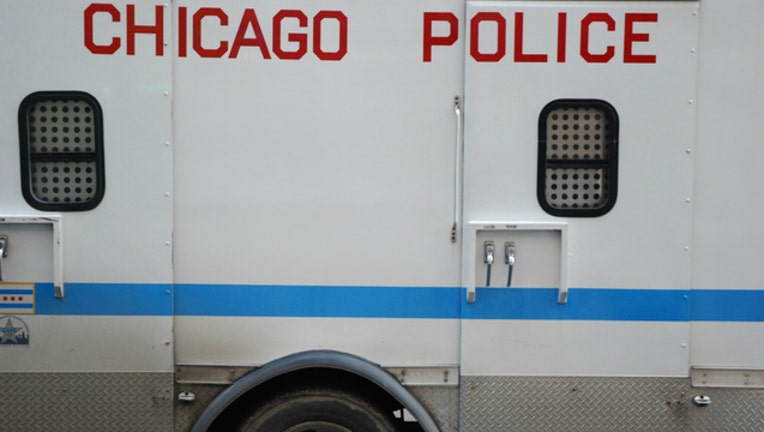 CHICAGO (Sun-Times Media Wire) - Seven people were killed and at least 16 others were wounded in shootings across Chicago between Friday evening and Monday morning.

The weekend’s latest fatal shooting happened at 4:33 p.m. Sunday in the East Garfield Park neighborhood on the West Side, leaving two men dead and another four wounded. The six men were standing in a group in the 3500 block of West Van Buren when a white, four-door car, possibly a Chevrolet Impala, pulled up and multiple people got out and started shooting, according to Chicago Police.

Two of the men, 23-year-old Deonta Turner of Uptown, and 27-year-old Lemont Davis of Oak Park, were shot in the chest and were taken to Stroger Hospital, where they were pronounced dead just after 5 p.m., according to police and the Cook County medical examiner’s office.

At 12:30 p.m. Sunday, 20-year-old Courtney Lewis was inside a car with three other people in the 8200 block of South Ada in the South Side Auburn Gresham neighborhood when shots rang out and the vehicle sped away from the scene, authorities said. Two passengers in the car realized they’d been shot and the driver stopped the car in the 8400 block of South Aberdeen. Lewis, who lived in the same neighborhood, suffered two gunshot wounds to the back and was taken to Christ Medical Center in Oak Lawn, where he was pronounced dead at 1:15 p.m. A 19-year-old man was shot once in the back and also taken to Christ Medical Center, where he was listed in critical condition.

Another man was shot to death at 11:40 p.m. Saturday in the Austin neighborhood on the West Side. Pier Charvell Minor, 23, was sitting in a parked vehicle in the 5200 block of West Chicago when two males walked up and shot him in the head and chest before running away, authorities said. Minor, who lived in the same neighborhood, was pronounced dead at Stroger Hospital at 12:33 a.m. Sunday.

On Saturday afternoon, a 15-year-old boy was shot in the Hermosa neighborhood on the Northwest Side. Diego Villada was in an alley about 12:35 p.m. in the 2100 block of North Tripp when he was confronted by two males, one of whom fired multiple shots, authorities said. Villada, who lived in the same neighborhood, suffered a gunshot wound to the head and was taken to Illinois Masonic Medical Center, where he was pronounced dead at 9:45 a.m. Monday, authorities said.

At 6:22 a.m. Saturday, officers responded to a report of a burglary and found 34-year-old Terry D. Torrence in the doorway of a home in the 11700 block of South Normal in the West Pullman neighborhood on the Far South Side, authorities said. Torrence, who lived in the South Side Burnside neighborhood, had been shot in the head and buttocks and was pronounced dead at the scene at 7:09 a.m.

Just before 5 p.m. Friday in the first shooting of the weekend, 21-year-old Timothy Shannon was killed in the South Chicago neighborhood. Officers responding to a call of a person shot found him unresponsive with a gunshot wound to his back in the 8700 block of South Saginaw Avenue. Shannon, of the South Side Woodlawn neighborhood, was pronounced dead at the scene at 5:12 p.m., authorities said.

The weekend’s latest nonfatal shooting happened about 9:40 p.m. Sunday in the Avalon Park neighborhood on the South Side. A 17-year-old boy was walking on the sidewalk in the 1500 block of East 83rd Street when people fired shots from a light-colored car, striking him in the right leg, police said. The boy was taken to Northwestern Memorial Hospital, where his condition was stabilized.

At least 10 other people were wounded in shootings across the city between 4 p.m. Friday and 6 a.m. Monday.

Thirty-two people were shot in the city last weekend, leaving three dead. Chicago has seen at least 146 homicides so far this year.