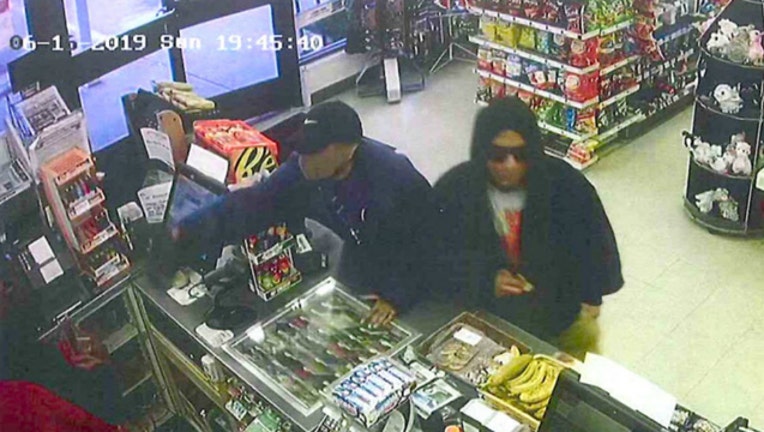 The men entered the store minutes apart in the 7400 block of West Oakton Street, Niles police said in a statement.

The second man entered about 7:45 p.m. and immediately pointed a handgun to the clerk, police said.

He demanded money from the register and grabbed about $2,000, police said. The men also stole cigarettes and lottery tickets.

The gunman forced the clerk to open the back door of the store, from which the two men fled on foot.

Officers responded to the robbery and searched the area but were unable to find the men. Police released a frame of surveillance video from the store, which shows two alleged robbers in the their late 30s.