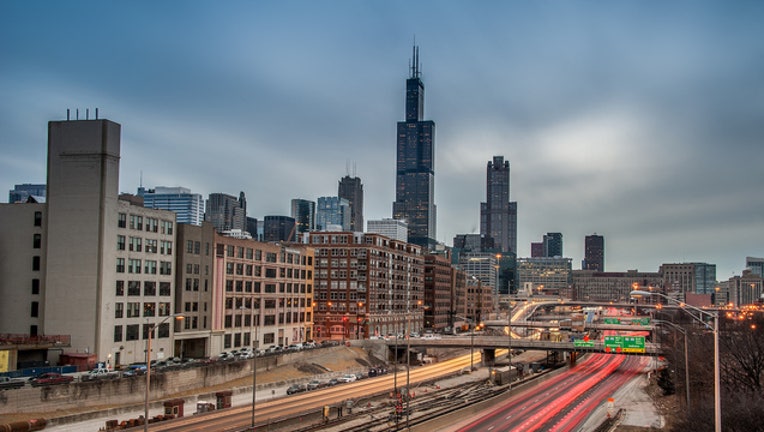 The most recent shooting happened in the Lawndale neighborhood on the West Side.

A 28-year-old man was standing on the sidewalk when a white car drove by and someone inside fired shots about 11:40 p.m. in the 4000 block of West Grenshaw, according to Chicago Police.

The man was shot in the left ankle and was taken to Mount Sinai where her condition was stabilized, police said.

About an hour earlier, two men were wounded in a shooting in the Washington Park neighborhood on the South Side.

The men, who didn’t know each other, were standing outside near a group of people when a male neither of them knew fired shots, striking them both at 10:47 p.m. in the 6200 block of South King Drive, according to police.

A 36-year-old was shot in the foot. He was taken to Trinity Hospital where he was treated and released, police said.

A 19-year-old suffered a graze wound to the leg and was taken to the University of Chicago Medical Center where his condition was stabilized, police said. It was unclear who the intended target of the shooting was.

At 9:18 p.m., a man was critically wounded in a West Chatham neighborhood shooting on the South Side.

The 45-year-old was walking near a gas station at 9:18 p.m. when someone opened fire from an alley in the 8700 block of South State, according to police.

He was shot in the head and taken to University of Chicago Medical Center in critical condition. He might not have been the intended target of the shooting, police said.

About 4 p.m., a man was shot in the Austin neighborhood on the West Side.

The 44-year-old was approached by a gunman about 4 p.m. in the 5200 block of West Lake and shot in the leg, according to police.

He was taken to Stroger Hospital, where his condition was stabilized, police said. The man was not being cooperative with investigators and further details were not available.

A man was shot in the foot about 1 p.m. in the West Englewood neighborhood on the South Side.

The 23-year-old was walking in the 1600 block of West 72nd Street when someone began shooting at him and he was struck in the foot, according to police.

The man, who also may have been firing a gun, was taken to University of Chicago Medical Center in good condition, police said. His gunshot wound may be self-inflicted.

A 17-year-old boy was the first to be wounded in a shooting Wednesday in the Roscoe Village neighborhood on the North Side.

The boy was standing outside when a male he didn’t know walked up and fired shots at 1:37 a.m. in the 4400 block of West Oakdale Avenue, according to police.

He was struck in the right leg and was taken to Illinois Masonic Medical Center where his condition had stabilized, police said.

On Tuesday, one person was killed and five people were wounded.