An 8-year-old girl was engulfed in flames that burned 25 percent of her body after reaching over her family’s countertop, not realizing there was a holiday candle lit beneath her.

BOISE, Idaho - In a nightmarish turn of events, an 8-year-old girl was engulfed in flames that burned 25 percent of her body after reaching over her family’s countertop, not realizing there was a holiday candle lit beneath her.

Eight-year-old Aaliyah’s mother, Tia Simmons, wrote on Facebook that her daughter had suffered third-degree burns covering a quarter of her body from her legs all the way to the top of her head.

On Dec. 14, the same night of the horrific accident, an online fundraiser was created for Aaliyah, who is expected to have anywhere from four to six surgeries in total for the burns, with 90 percent of the burns requiring skin grafts.

According to Simmons, Aaliyah was “life flighted” to the University of Utah where she was put in an intensive care unit for a month and possibly longer. 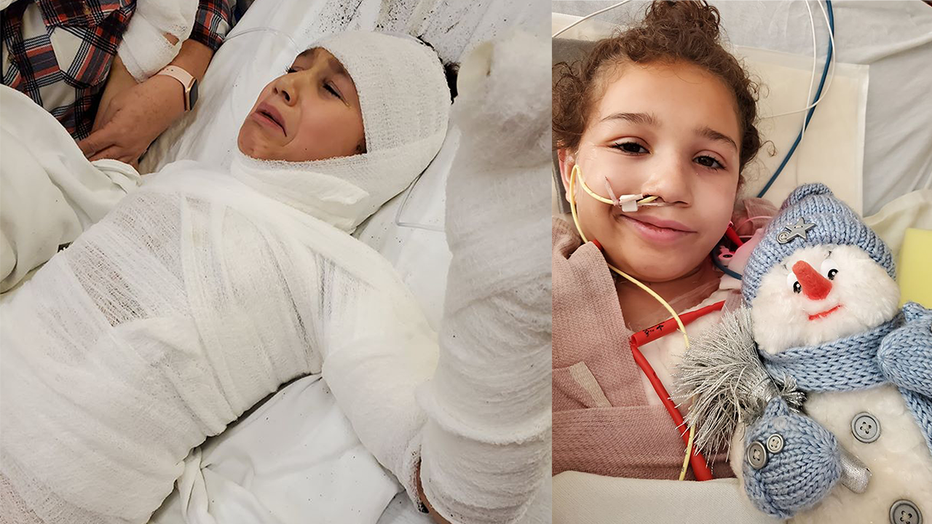 Eight-year-old Aaliyah photographed in the hospital is expected to have up to six surgeries in total for her injuries.

While the emergency has completely upended their entire family, over $13,000 had been raised of the $10,000 goal within five days.

Simmons wrote that the accident has put her “out of work for a while” as she awaits the recovery of her daughter.

Aaliyah had her first surgery on Tuesday with another one scheduled the following Tuesday. Simmons said Aaliyah’s recovery is a roller coaster where some days she is in good spirits and others where she is in constant pain.

“I swear god is good she went from not being able to breath last night to blowing bubbles with me for almost an hour and giggling and smiling,” Simmons wrote.

Simmons said Aaliyah won’t recover for a very long time and continues to post updates to her Facebook. She wrote in a post that Aaliyah is asking for Christmas cards to decorate her hospital room which can be sent to: