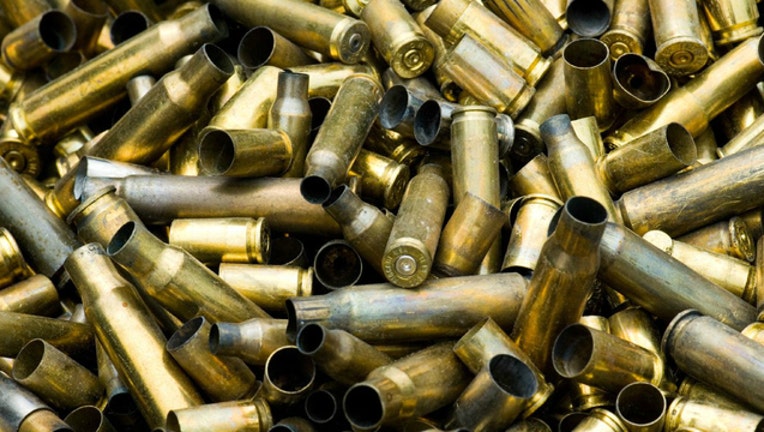 SUN-TIMES MEDIA WIRE - Nine people were been shot, three of them fatally, on Tuesday across Chicago.

The most recent fatal shooting happened at 3:38 p.m. in the West Garfield Park neighborhood on the West Side. A 30-year-old man was standing outside in the 300 block of South Kilbourn when another male walked up, pulled out a handgun and opened fire. The shooter was wearing a black hooded sweatshirt. The man was taken to Mount Sinai Hospital, where he was pronounced dead less than 30 minutes later, according to Chicago Police and the Cook County medical examiner’s office said. His name has not been released, pending notification of his family.

Another man was killed at 4:42 a.m. in the West Side Austin neighborhood. Officers responding to reports of a person down in the 5000 block of West Monroe found the 32-year-old lying on the ground with a gunshot wound to the face, authorities said. He was pronounced dead at the scene about 15 minutes later. His identity has not been released.

About 2:40 a.m., 17-year-old Antonio Monteza was shot to death in the North Side Rogers Park neighborhood. He was at a gas station in the 7500 block of North Sheridan when another male walked up and opened fire, striking him in the head and abdomen, according to police and the medical examiner’s office. Monteza, who lived in the same neighborhood, was taken to Saint Francis Hospital in Evanston, where he was pronounced dead at 3:26 a.m.

The day’s latest nonfatal shooting happened at 10:13 p.m. in another Austin neighborhood attack. A 17-year-old boy was sitting outside in the 200 block of North Latrobe when shots rang out and he was struck in the buttocks, police said. He was taken to Loretto Hospital, where his condition was stabilized.

Earlier Tuesday afternoon, a man and a teenage boy were wounded in a shooting in the Chicago Lawn neighborhood on the Southwest Side. The 19-year-old man and 17-year-old boy were fighting someone at 2:05 p.m. in the 2400 block of West 63rd Street when the person took out a handgun, fired shots and then ran away, police said. The boy was shot in the chest and the man was shot in the right arm. Both victims were taken to Stroger Hospital, where the boy was in critical condition and the man’s condition was stabilized.

A 42-year-old man was wounded in a West Englewood neighborhood attack at 6:25 a.m. on the South Side. He was sitting in the driver’s seat of a parked vehicle in the 5900 block of South Wolcott when an armed male approached from the passenger’s side and started shooting, police said. The shooter then ran away and the victim drove away. The man stopped the vehicle in the 4300 block of South Western, where he called for help. He was taken to Stroger Hospital in good condition with a gunshot wound to the back.

At 1:15 a.m., a man was shot in the South Side Gresham neighborhood. The 21-year-old was sitting outside in the 8900 block of South Lowe when he heard shots and realized he’d been hit in the back and arm, police said. He was taken in good condition to Christ Medical Center in Oak Lawn.

Tuesday’s first shooting happened at 12:19 a.m. in the Morgan Park neighborhood in the Far South Side. A 69-year-old man was inside a home in the 1500 block of West 110th Street when a shot was fired outside and the bullet traveled through a bedroom window, police said. He suffered a gunshot wound to the left leg and was taken to Christ Medical Center, where his condition was stabilized.

On Monday, five people were wounded in shootings across the city.