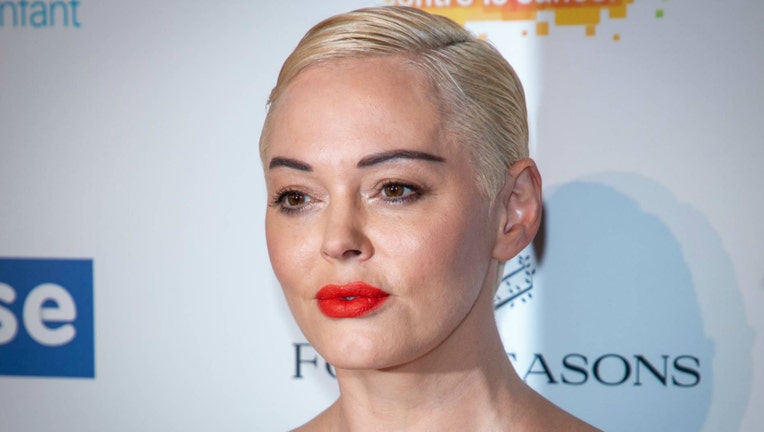 CHICAGO - Actress Rose McGowan’s former attorneys are suing her, saying she defamed them by saying they pressured her into entering a plea of no contest to a drug charge in order to benefit disgraced Hollywood producer Harvey Weinstein.

McGowan was among the first to accuse Weinstein of sexual assault, and she has said he has worked to discredit his accusers.

The lawsuit, filed Tuesday by Jose A. Baez and his law firm in Cook County Circuit Court, claims McGowan entered the plea because she knew the evidence against her was overwhelming, but once she realized her conviction would hurt her ability to sell her new book she “concocted a malicious scheme” to salvage her reputation, the lawsuit states.

The lawsuit also claims McGowan came up with the scheme with the help of her attorneys at Salvatore Prescott & Porter, which has its principal office in Evanston, according to the Illinois Secretary of State.

A criminal complaint was filed against McGowan about Feb. 1, 2017, in Virginia for unlawful possession of cocaine on a flight from Los Angeles to Washington Dulles Airport, the lawsuit states. Virginia prosecutors said a wallet containing McGowan’s ID was found on the plane with two small plastic bags of cocaine.

An arrest warrant was issued for McGowan, and she traveled to Leesburg, Virginia, Nov. 14, 2017 and surrendered to authorities, the lawsuit states. She was being advised at the time by other counsel, and didn’t retain Baez and his law office until May 2018, the lawsuit states.

According to the lawsuit, Baez and his firm were only serving as trial counsel, “preparing in advance if such a proceeding came to pass, and would not be involved in plea negotiations with the prosecutors.”

McGowan emailed Baez and his law firm after she had already decided to enter a plea and issued a public statement, the lawsuit states. Baez and his firm no longer represented her after the case ended.

Weinstein later hired Baez and his firm to represent him in a criminal case against multiple alleged sex crimes in which McGowan is not an alleged victim, the lawsuit states. The law firm obtained an opinion from an ethics attorney that stated it was permissible to represent Weinstein despite McGowan’s allegations against him, according to the suit.

McGowan said in an interview to the Daily Beast on Jan. 23, 2019, that Baez and his law firm had been bought off by Weinstein and had been planning on working together for a long time, the lawsuit states. It also quotes a New York Times interview in which McGowan said Baez was “a truly terrible human and a disgrace of a lawyer.”

The suit states that on Oct. 23, 2019, Salvatore Prescott & Porter posted a complaint on their LinkedIn page that alleged Weinstein sought to hire Baez as his counsel “as a means to exert influence on McGowan’s actions in the drug-possession case and harm her reputation.”

According to the lawsuit, the LinkedIn complaint also claims that Weinstein corrupted Baez to coerce McGowan to act against her own interests.

The lawsuit claims those statements harmed the reputation of Baez and his law firm in the eyes of the community and seeks unspecified damages.

Salvatore Prescott & Porter did not immediately respond to a request for comment Tuesday night.