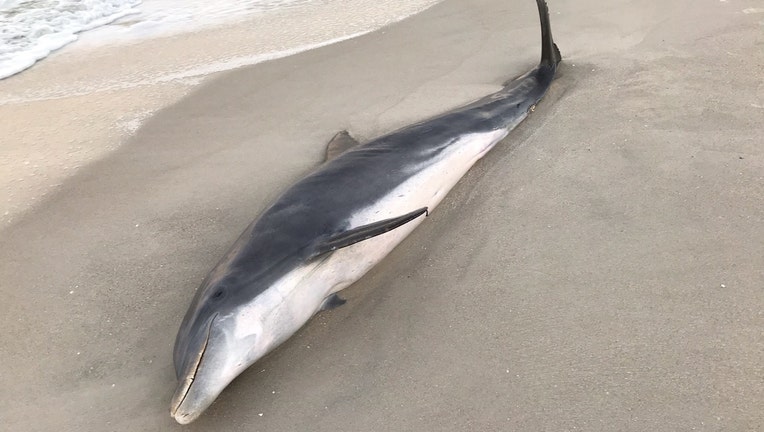 TAMPA, Fla. - NOAA and its partners have now increased the reward for information on the recent deaths of two dolphins, first reported last month.

Biologists with the Florida Fish and Wildlife Conservation Commission discovered a dead dolphin near Naples in January. The animal was fatally wounded from what appeared to be a bullet or a sharp object.

During that same week, Emerald Coast Wildlife Refuge experts recovered a dolphin with a bullet in its left side along Pensacola Beach.

The NOAA Enforcement Hotline is (800) 853-1964 and tips can be left anonymously. The agency says to please include your name and contact information when calling enforcement to be eligible for the reward.

Harassing, hunting, killing or feeding wild dolphins, or attempting to do these activities is prohibited under the Marine Mammal Protection Act, and is punishable by up to $100,000 in fines and up to one year in jail.