One male was killed and a female was wounded in a shooting early Thursday on the Eisenhower Expressway in the East Garfield Park neighborhood on the West Side, police said.

"Here off I-57 is very dangerous and very alarming not only for Chicago but for the south suburbs," said Mayor Domingo Vargas. "We're in heavy traffic in this area and even during the last month during COVID we've had shootings."

Vargas spoke along with activist Raul Montes during a press conference along 120th Street and South Ashland in Chicago on Tuesday. 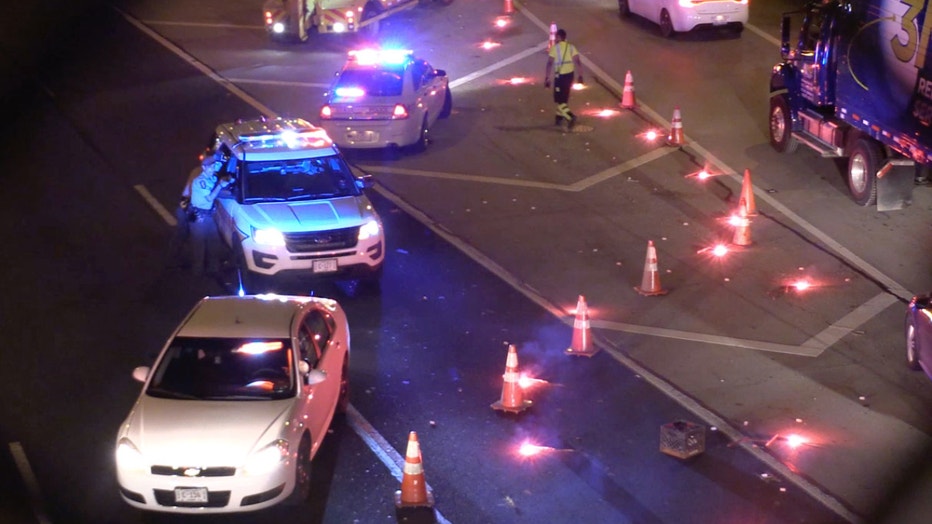 Illinois State Police investigate a stretch of the I-290 Expressway near Western Avenue for evidence of a shooting that left a person wounded, Tuesday evening. | Jusitn Jackson/Sun-Times

Montes said that there have been at least 42 shootings on Chicago expressways so far in 2021, compared with 13 during the same period in 2020. Four people were shot on I-57 near 127th Street on Sunday night.

Montes noted that it is difficult for police to find witnesses, and even if they are found, they can be uncooperative.

Vargas and Montes are asking for more Illinois State Police patrols, along with more surveillance cameras and tougher penalties for people who commit crimes with guns.