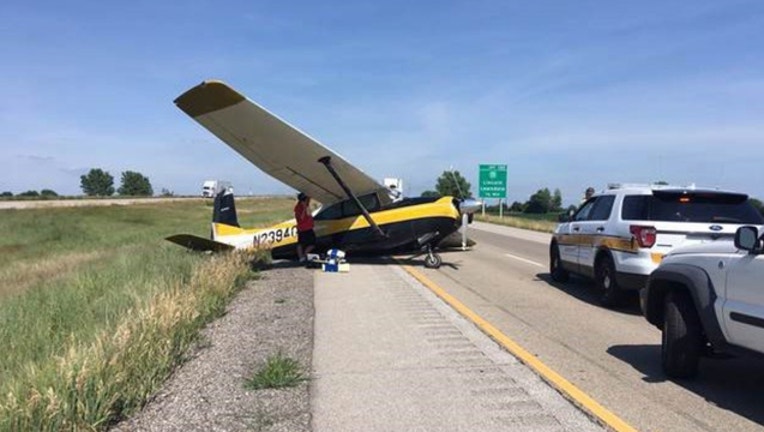 LINCOLN, Ill. (AP) - A small aircraft has made an emergency landing on the northbound lanes of Interstate 55 just north of Lincoln, Illinois.

Illinois State Police said William J. Farnsley of Austin, Indiana, was trying to land his single-engine Cessna 182B at the Logan County Airport on Wednesday afternoon when it lost power.

Farnsley was forced to make an emergency landing on the interstate, striking a passenger vehicle. The passengers in the auto, 42-year-old Jeremy Campwerth of O'Fallon, and a 9-year-old boy, were not injured.

The plane crossed the median and came to rest on the shoulder of the northbound lands. The 51-year-old Farnsley was not injured.

Authorities say the landing gear of the plane was damaged, and it was towed from the scene.