After the Council chambers were cleared, Austin was evaluated by Chicago Fire Department paramedics and taken out of the chambers conscious.

Fire officials said she was taken to Northwestern Memorial Hospital in good condition.

When the council reconvened, License Committee Chairman Emma Mitts led her colleagues in prayer for Austin, who is beloved by her colleagues and endeared herself to them even more by choosing political retirement over fighting a new ward map that shifted the 34th Ward to the North Side.

"At times like these, we take life for granted. We don’t know when and where anything can happen to any one of us," Mitts said. 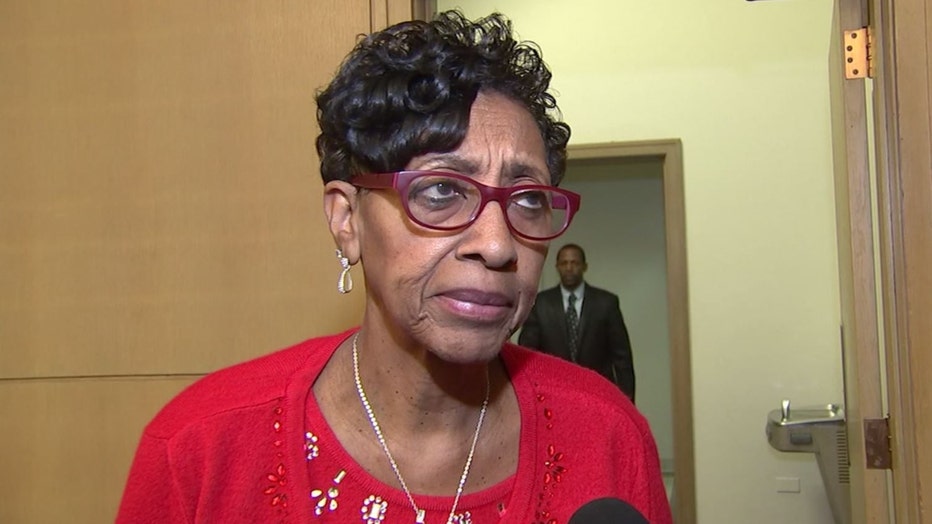 "So, right now Lord, we’re asking for your blessings for our colleague, Ald. Austin, as she goes in and lets the doctors do the work that they do to make sure that her health is good and she’s good. You say, ‘Ask and it shall be given.’ We’re calling upon you because you are the one who has all of the power. All of the medicine. Everything she needs to be able to be healed."

"People rallied immediately," Lightfoot said. "But I think really it spoke to the humanity that we can never lose, even as public officials, even as we're going through challenging issues and contentious issues at times."

"Alderman Austin's been through a lot, you know. As I said, I wish her Godspeed."

Wednesday’s collapse was just the latest in a string of health-related challenges for Austin, 72.

Last year, she tested positive for the coronavirus after what sources described as a bleeding episode that initially appeared to signal complications from the surgery she had five years ago to repair a torn aorta that nearly killed her.

Austin is among three city council members who are currently under federal indictment.

She has pleaded not guilty to charges that she took home improvement bribes — including new kitchen cabinets and granite countertops — from a developer seeking her help in navigating a project through the City Hall bureaucracy. She is also accused of lying to FBI agents who sought to question her about the perks.

Austin announced that she will not seek re-election. During redistricting, a city council majority moved, in effect, to abolish Austin's ward which includes a swath of the South Side that has been losing population.