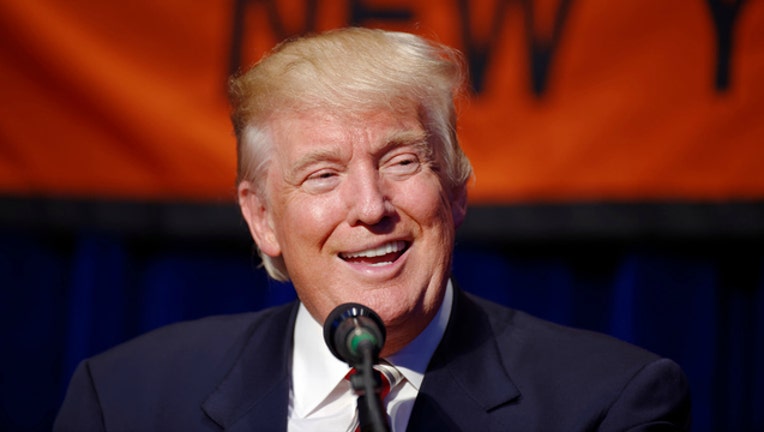 PROVIDENCE, R.I. (AP) - The United States on Monday marked Presidents Day, a holiday that's taking on a new meaning for some Americans this year as Republican President Donald Trump - to the dismay of some and the delight of others - upends traditional notions of the office.

The holiday began as a celebration of George Washington's birthday, Feb. 22, and its official name remains Washington's Birthday.

Throughout the 19th century, communities celebrated with parades and fireworks, said Evan Phifer, a research historian at the White House Historical Association. In the late 1800s, Feb. 22 became a federal holiday.

The holiday was moved to the third Monday in February in 1971, creating a three-day weekend for many workers.

"There was fear when the holiday was moved to the third Monday that it would lose the distinction of Washington's birthday, and people would forget his legacy," Phifer said.

To some extent, that has happened. Abraham Lincoln's birthday is Feb. 12, and many people now associate both presidents with the holiday. It has also become a retail holiday, where shoppers can get deals on cars, furniture and other goods during Presidents Day sales.

The Associated Press spoke with people around the country about their ideas about Presidents Day, the presidency and how it is changing.

Jack Warren is executive director of the Society of the Cincinnati, the nation's oldest patriotic organization, founded in 1783. George Washington was the first president general of the group.

He calls the idea of Presidents Day "wrongheaded" and said referring to Washington's Birthday as Presidents Day is a reflection of how out of touch we are with our revolutionary origins.

"The revolution George Washington led created the first great republic since antiquity. It articulated ideals of universal liberty, natural rights and equality that have shaped the entire history of our country and have reached beyond it," he said.

Curt Viebranz is president of George Washington's Virginia estate, Mount Vernon, which on Monday welcomed 22,170 visitors, well beyond the 10,000 to 15,000 expected and believed to be the highest daily attendance since the estate was opened to the public in 1860.

Many of the formal traditions of the presidency that survive today were established by Washington, he said, such as the open-air inauguration. But recent presidents are also different.

"He's not a man who would have been tweeting, for sure," Viebranz said.

Juathawala Harris, 67, of Baltimore, was on a trip to Dallas that included a visit to the Sixth Floor Museum at Dealey Plaza, which is dedicated to telling the story of the assassination of President John F. Kennedy.

Harris, who works as a manager for a dialysis unit, said Presidents Day meant more to her in the past.

"We've lived through presidencies, and they have always been men that we look up to. That is not so for me now," said Harris, who voted for Democratic candidate Hillary Clinton.

"I am fearful now, and I've never been fearful in all of my years," she said, adding that she is scared the country may be moving toward a war.

Robin Allweiss, a 56-year-old attorney from Tampa, Florida, considers herself a patriot and takes Presidents Day seriously - especially so this year. She is a Trump supporter and thinks he's vastly different than any other president in the country's history.

"He relates to us. He gives us a feeling that he could be our father, our brother, he could be our cousin or our best friend, and that's what makes him so different. He doesn't care what anybody thinks. What he wants to do is make America great again," she said.

"Donald Trump cares about us. And no other president in the history of the United States, or even any foreign leader, has cared about his country as much as Donald Trump."

Barbara Perry, presidential studies director at the nonpartisan Miller Center at the University of Virginia, has been fascinated by presidents since she was 4 years old and her mother took her to see John F. Kennedy speak one month before he was elected.

Children as young as 6 have a sense of the president - who he is and what he does - long before they understand Congress or the judiciary, she said, and teaching children about the president is an important way to help them understand our government.

"I still have somewhat of a childlike vision of the presidency," she said. "I know my faith is not misplaced. I know we have had heroic presidents. Even the ones who were not great still were, by and large, great people."

The presidency began to demystify under Franklin Roosevelt, who created personal connections with Americans through his radio "fireside chats" in the depths of the Great Depression, she said. That familiarity eventually "ended up breeding contempt, I think, for normal presidents, or traditional presidents."

"In the end, this has led to a Donald Trump, a populist demagogue in the White House," she said. "The Trump presidency, based on the baser instincts of people, is painful to me. It feels like a desecration."

Brown said he has early memories of conversations in his home about Herbert Hoover, president from 1929 to 1933.

"What is most impressive to me, and I still believe this firmly today, is the awe of the momentous decisions that they're called on to make. It is just beyond belief. And this was true for President Roosevelt and also for President Harry Truman, and it may be coming true today," he said. "And very often, they don't get to choose between right and wrong. That's too simple. ... They must choose one of the wrongs and maybe the one that's least wrong."

President Donald Trump has already changed the way people see the presidency, he said, because he's a businessman who is being more decisive than some of his predecessors.

"He certainly deserves the respect of the nation," he said.

Rhonda Bicknell, 39, who is in real estate investment, is based in Phoenix but spends most of the year traveling in a motor coach.

She said Presidents Day to her is "really a day to honor that person that actually does a pretty thankless job - not matter what party you are in."

A Democrat who voted for Hillary Clinton, she said presidents she has admired include Barack Obama and John F. Kennedy.

She feels that President Donald Trump is "disgracing" the presidency.

"I don't think that this president has much class, or integrity, or even intelligence, to be honest," Bicknell said. "So I think he's affected the presidency in a negative way, and I think that the rest of the world feels the same."

George Davenport, 23, works two jobs - one as a dishwasher and the other as a street sign-holding Statue of Liberty for a tax preparation service in St. Petersburg, Florida. He has two toddlers, and affordable education is his biggest concern for the future.

Presidents Day doesn't mean much to him.

"It's really just another day where I work, and a day off for kids," he said.

Wendy Nelson, 59, a hairdresser in Helena, Montana, expects a busy day on Presidents Day, as legislators and government workers come in for haircuts and other services. "They have that day off. I don't," she said.

"Presidents Day means a celebration of leadership that we have in this country," Nelson said. "We have independence, and we pick those people."

On Election Day, she picked Donald Trump. "I wanted to see change. At first I thought he was kind of a scary guy. But the more I listened to him, the more I realized he's very independent, too. And that's what this country's about."

Helen Heenan, 69, was visiting The President's House on Wednesday. It's a permanent installation on the footprint of the home and executive mansion of Presidents George Washington and John Adams when Philadelphia was the capital.

Heenan, an American citizen and retired IT worker who lives in London, said Presidents Day is a reminder "that the government is not just the president. It's the judiciary and it's the legislature," she said. "I think that is the lifeblood of the American system and constitution, and the great presidents we have will respect that."

Heenan, who voted for Hillary Clinton, said she thinks President Donald Trump is testing the idea of the presidency "to the limits" but a positive outcome is that his actions are making people think about the role of the president.

George Cleveland, 64, of Tamworth, New Hampshire, was born into politics; his grandfather was President Grover Cleveland, who was elected in 1884 and 1892.

He will be spending Presidents Day taking a friend to the hospital to have shoulder surgery.

"What does Presidents Day mean to me? Well, it's a nice idea to think that we'd all kind of take a day and review American history and the high points and the low points and what some of the presidents did and perhaps didn't do," he said. "I'm afraid we don't do that. Presidents Day right now seems to be really more of a holiday."

Nareg Fradjian, 32, a photographer who lives in Pasadena, California, was among the 3,000 people to become a U.S. citizen during a Los Angeles ceremony on Wednesday. Frandjian is from Armenia and has been in the U.S. for the past 16 years.

"Any president, they work super hard. It's either four or eight years. They live and breathe their job every single day," said Fradjian.

He said he would have voted for Trump if he had gotten his citizenship in time.

"It's awesome to have that one designated day just to say 'Thank you.' This year, morale is down. We don't know where we are as a country. It's crazy," he said. "Presidents Day is going to be another day for people to do marches, just say a lot of negative things about the current president."

Felicia Paul, who lives on the Flathead Indian Reservation in Montana, voted for Hillary Clinton.

"My fears and my hopes as a Native person is that he thinks about the Native people, our treaty rights," Paul said.

What does the holiday mean to her?

"As a Native American, I really don't call it a Presidents Day holiday," she said. "I just think of it as an all-chief's day."