The caretakers of 15 French bulldogs say they have refused the Centers for Disease Control’s request to return the dogs to the airline that allegedly neglected them in an O’Hare warehouse, leaving one dog dead.

CHICAGO - The caretakers of 15 French bulldogs say they have refused the Centers for Disease Control’s request to return the dogs to the airline that allegedly neglected them in an O’Hare warehouse, leaving one dog dead.

The Chicago French Bulldog Rescue has cared for the dogs since they were found Aug. 31, allegedly caged two-by-two in unsanitary conditions after arriving from Jordan. Chicago police said the dogs were left without food or water for three days before a tipster notified authorities.

Last week the rescue group said the CDC threatened them with a possible court order if they did not return the dogs Monday to O’Hare, where they were set to be deported on Royal Jordanian Airlines to the Middle East.

But hours before the Monday deadline, the rescue group said it would defy the CDC’s request in order to save the puppies from further harm.

“Out of ongoing concern by Chicago French Bulldog Rescue for the health and welfare of the 15 puppies … I have informed all relevant agencies of the government and Royal Jordanian Airlines earlier today that the rescue will not be turning over the 15 French bulldog puppies to anyone tomorrow, Monday at 9 a.m.,” R. Tamara de Silva, an attorney representing the rescue group, said in an emailed statement.

The dogs were initially shipped from Moscow, Russia, according to Chicago French Bulldog Rescue. 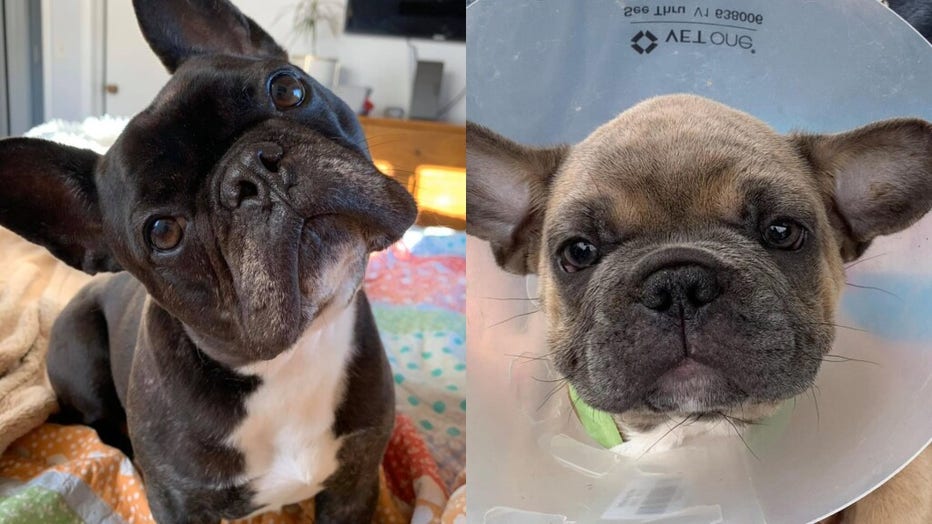 A CDC spokesman said the dogs came from a country with a high risk of rabies and lacked valid rabies vaccination papers. The spokesman did not answer questions about why the dogs had to be returned.

“Dogs that are imported into the United States must be vaccinated against rabies at 12 weeks of age or older and must wait 28 days after initial vaccination before entering the country,” CDC spokesman Marcus Hubbard said in an email. He said the dogs were “significantly younger” than the ages listed on their vaccination documents.

Although the CDC claims the pups are healthy enough to be deported, U.S. Rep. Mike Quigley, D-Ill., said he’s been pressuring the agency since Friday to give them more time.

“There’s a humanitarian way to resolve this issue that also satisfies the CDC’s requirements,” Quigley told the Chicago Sun-Times on Monday. “What we’re asking the CDC to do is, ‘Let’s meet the requirements here’ … Whatever it takes so we don’t send them back on a flight.”

Quigley said the CDC brought up the issue of the dogs’ ownership outside the U.S., but Quigley claimed “no one owns the dogs when they’re abandoned.”

Quigley said he’s more optimistic about the future of the pups than he was Friday, when the animal shelter PAWS first alerted him of the issue. He said he hopes this case sheds light on the broader issues that contribute to illicit puppy mills.

Miami-based Alliance Ground International — in charge of overseeing the Aug. 28 shipment of dogs — was cited by police for animal cruelty and neglect. The company denied neglecting the dogs and claimed it had fed, given water, cleaned and moved them to an air-conditioned part of their warehouse, despite one of the dogs in their care dying.

A Chicago police spokesperson said Monday it was unclear if Royal Jordanian Airlines was also cited.