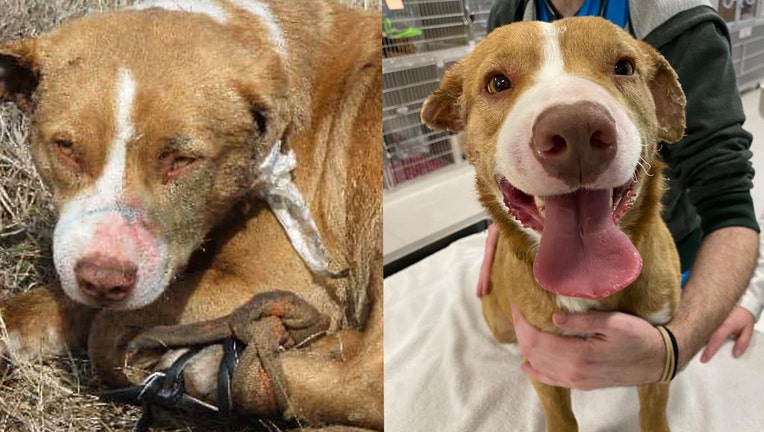 CREEK COUNTY, Okla. - The Humane Society of Tulsa announced that an arrest has been made in connection to the horrific abuse of a dog who has won the hearts of the internet.

The rescue posted an update on Facebook that the Creek County Sheriff's Office arrested an 18-year-old suspect in the case of Atlas, a dog found abandoned with his legs strapped together, glue poured in his ears and who was shot with a BB gun.

"I have tears in my eyes and can barely see what I’m typing at the moment to know that we got JUSTICE FOR ATLAS," the rescue wrote.

The Sheriff's Office said that 18-year-old Daniel Williams confessed to the crime.

"The investigation also determined the crime happened on tribal land. Creek County Deputies contacted the Light Horse Police and Williams was transferred to their custody."

A search was launched for the suspect after Atlas was found on Feb. 27 dumped in a field.

"Today’s one of those days when you question humanity," the rescue wrote after Atlas arrived at their facility for treatment.

According to the post, Atlas was found with his back legs strapped together and glue poured into his ears. Whoever did it also shoved fast food wrappers into his ears that became stuck to the glue. One of his ears was damaged so badly that he will need surgery.

"Some type of chemical had been dumped on his face/ears and it appears his ears have been partially burned or cut off," the shelter wrote.

MORE NEWS: This blind pug and his seeing-eye Chihuahua are looking for a forever home together

As if what the poor dog had gone through wasn't bad enough, the shelter said his X-rays showed that a BB was lodged inside of him, indicating that he had been shot with BB gun too. 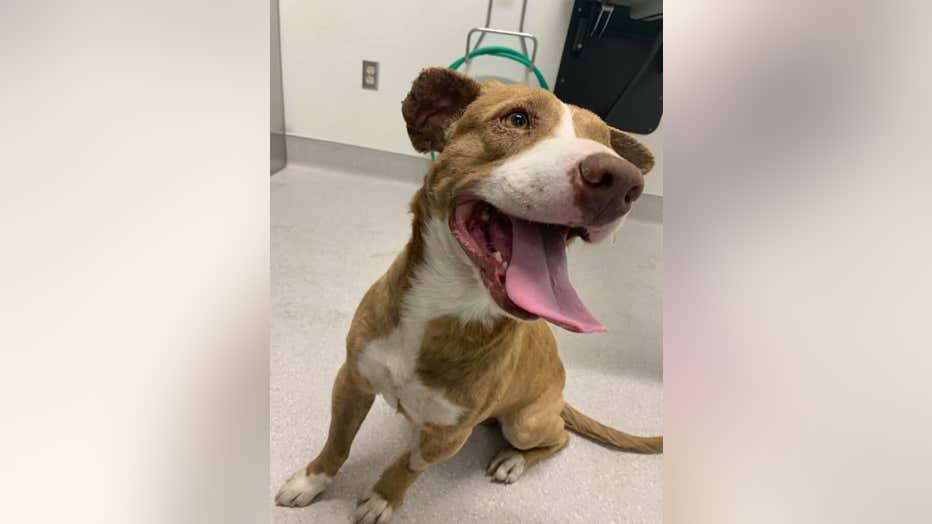 "From the moment we met him, he wasn’t mean, vicious or protectively aggressive. He just wanted help and warmed up to us as he realized we were there to help."

After having surgery and treatment, the rescue posted photos of Atlas looking much happier and playing with toys. The adorable pooch also received handmade cards from those who fell in love with him.

"We did it Atlas. We did it! There are more good people than bad."