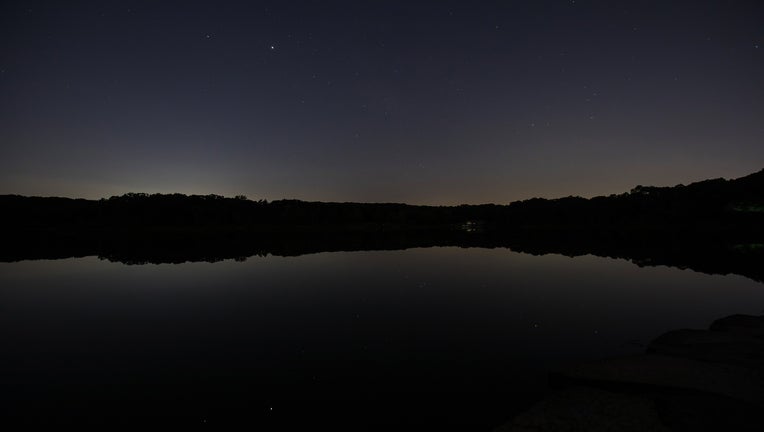 PALOS HILLS, Illinois - Under the bright lights of Chicago, you can barely see any stars. But just 23 miles away in Palos Preserves, the sky is so dark , the forest preserve has been designated the largest Urban Night Sky Place in the world.

About four times as many stars are visible over the forest preserve than you can see from Chicago, said the Adler Planetarium.

The Palos Preserves comprises 6,600 acres and only has four buildings. Satellite data shows that it the area emits nearly 1,000 times less light than downtown Chicago, making it perfect for watching the stars.

Unfortunately, Palos Preserves is closed at sunset, so you can't go wandering around on your own. But Cook County Forest Preserves hosts guided nighttime tours.

There are more than 170 Dark Sky Places across the world, including three in the Urban Night Sky Place category as designated by the International Dark-Sky Association.

Steve Burke, the Theater and Digital Technology Manager at Adler Planetarium, joins Good Day Chicago to give a preview of Sky Shows.